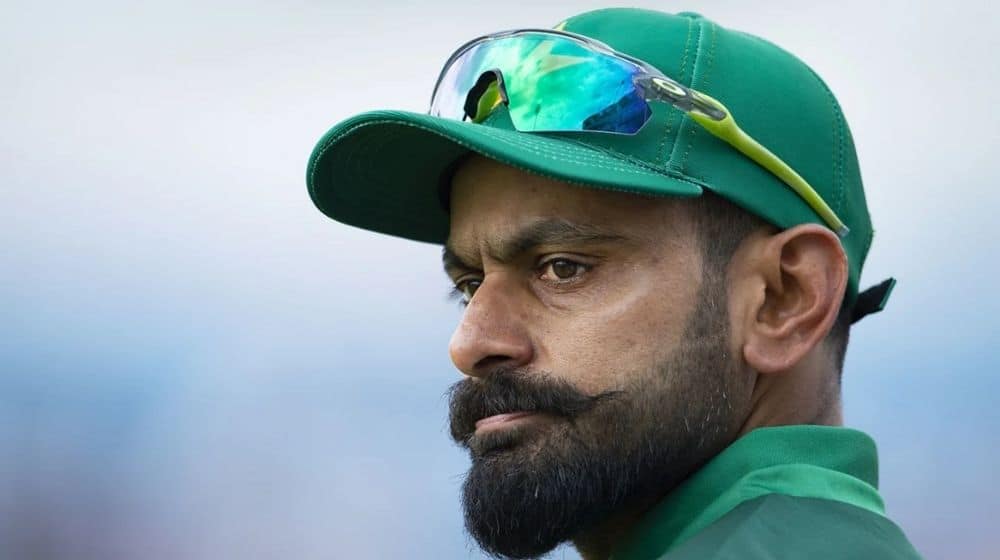 Veteran all-rounder, Mohammad Hafeez announced his decision to hang up his boots from international cricket after serving his country for 18 years.

Hafeez said that he is satisfied with his decision to retire and was proud to serve the country for a long period of time. Hafeez added that he had already made up his mind to retire from international cricket during the 2021 T20 World Cup and has no regrets about leaving the international arena.

Hafeez revealed his decision to retire during a press conference in Lahore earlier in the day. During the press conference, Hafeez also talked about the lowest point of his career and said that he will never forget those moments. Hafeez said that the lowest point of his career was when he protested against the inclusion of Mohammad Amir in the squad after he returned from his match-fixing ban.

The former captain said that no player should ever be able to play for Pakistan again if they tarnish the reputation of the country. Hafeez said that he had requested the then chairman of the Pakistan Cricket Board (PCB) to not include match-fixers in the Pakistan team but his request was denied. The chairman responded that Amir will be reintegrated into the squad and it is Hafeez’s decision whether he will like to play for his country or not.

It is pertinent to mention here that Amir made his comeback during Shaharyar Khan’s tenure who served as PCB chairman from May 2014 to August 2017.

Hafeez said that he did not want any player to play for Pakistan after they had already tainted the image of the country for money. The 41-year old said that his stance on match-fixers will never change but the response of the chairman deeply hurt him.

🗣 "The thing that hurt me the most was when I stood up against the return of match fixers. When I registered my protest, the then Chairman told me 'If you want to play then play. They will play.'"