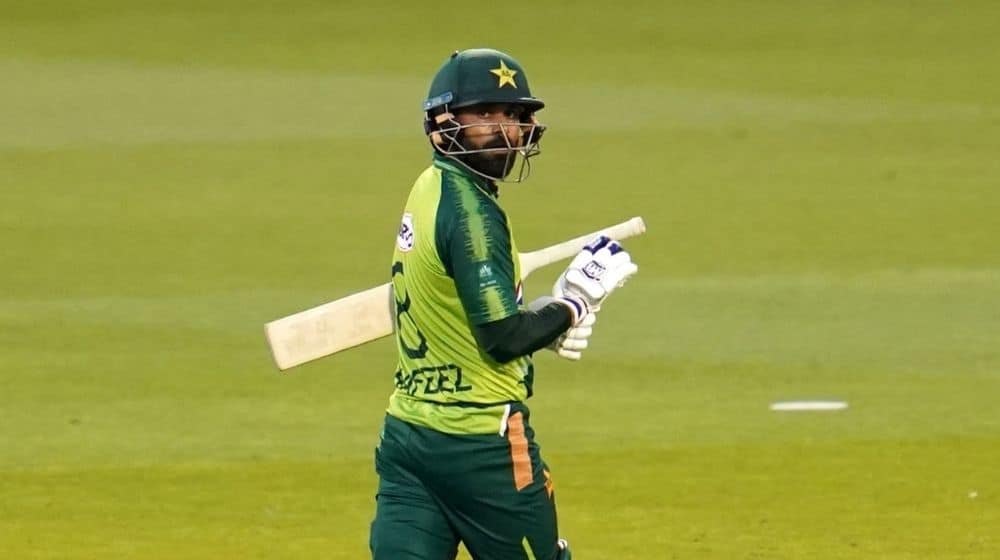 Pakistan’s veteran all-rounder, Mohammad Hafeez has announced his retirement from international cricket to bring an end to a glittering 18-year career. Hafeez said that it is the right time to hang up his boots and give young players a chance to establish themselves in the national team.

Hafeez said that he has given his all for his country and is proud of serving his nation for the past 18 years. He said that he has decided to retire because he is satisfied with his performances for Pakistan. He added that he never wanted to play cricket for fame or money but his aim was to represent Pakistan with dignity and offer everything for the national team.

The 41-year old wished the upcoming young crop of players the best of luck and advised them to stay true to their roots and feel pride in donning the green jersey. He said that the young talent in the country is immense and he has no doubt that they will take Pakistan to the top of the cricketing world.

The all-rounder represented Pakistan in 55 Tests, 218 ODIs and 119 T20Is scoring over 12,000 runs and picking over 250 wickets across all formats. The 41-year old had already retired from Test cricket in 2018 but continued to play for Pakistan in white-ball cricket. Hafeez is one of the most successful limited-overs players for Pakistan in history and was part of Pakistan’s ICC 2017 Champions Trophy win.

His last match for Pakistan was against Australia in the semi-final of the 2021 T20 World Cup. Hafeez will continue to play franchise league cricket all over the world and will be seen in action in PSL 7 with Lahore Qalandars.