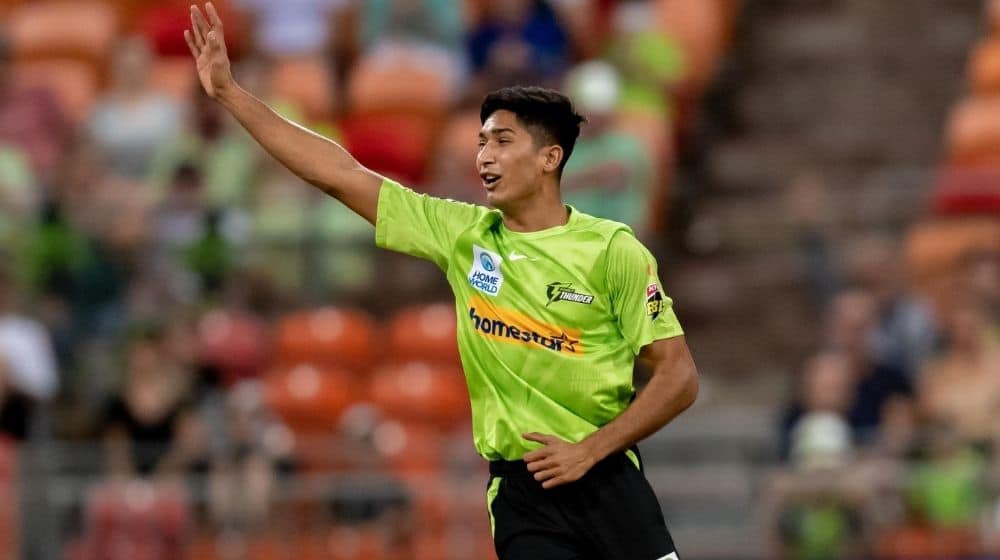 Young pace sensation, Mohammad Hasnain is the latest Pakistani fast bowler to make a name for himself in Australia’s Big Bash League (BBL). Hasnain made his debut for Sydney Thunder in the ongoing BBL and made his mark instantly. He bowled a maiden and picked up three wickets in his first over as he helped Sydney to a 28 run win over Adelaide Strikers.

The 21-year old finished with figures of 3/20 in his four overs as he was lauded by everyone for his magnificent bowling performance in his debut match in the competition. Let’s have a look at the highlights of Hasnain’s brilliant first over.

Hasnain is highly regarded as one of the exciting fast bowling talents in the country and he will be determined to showcase his talent in Australia and make it to Pakistan’s T20 World Cup squad scheduled to be held in Australia later in the year.

The fiery young pacer will also be seen in action for Quetta Gladiators in the upcoming Pakistan Super League (PSL) 7 and will be hoping to put in similar performances for the Purple Force and help them to make it to the play-offs of the competition for the first time in three years.

Hasnain is one of the fastest bowlers in the country and has represented the Men in Green in limited-overs cricket on various occasions. He has played 8 ODIs and 18 T20Is for Pakistan ever since his debut in 2019 and will be hoping to become a permanent member of Pakistan’s limited-overs squad by putting in similar performances in the coming matches.