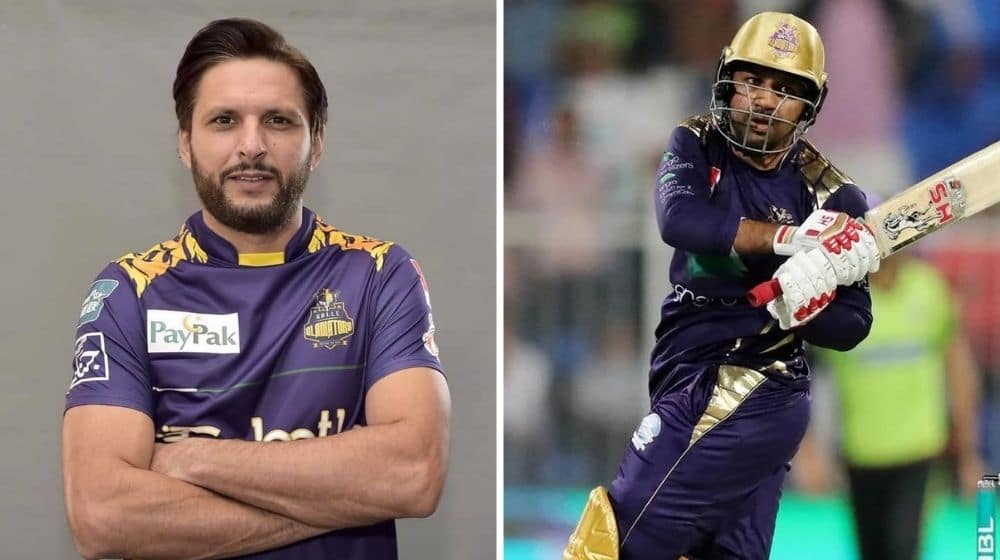 Veteran all-rounder, Shahid Afridi is confident of a good showing with Quetta Gladiators ahead of the upcoming Pakistan Super League (PSL) 7. Afridi was full of praises for Quetta’s captain, Sarfaraz Ahmed and said that he is a fighter and has been a good captain for the franchise over the past six seasons.

Afridi will play his last season of the PSL with Quetta Gladiators as he was traded in by the franchise from Multan Sultans prior to the PSL 2022 draft. This will be Afridi’s fourth team since the inception of the tournament and he is hopeful of ending his career on a high note by winning his 3rd PSL trophy.

The 41-year old said that his role in the team would be to guide the youngsters and help out Sarfaraz during pressure moments in the game. Afridi said that while Sarfaraz is a good captain, he does have the tendency to get over-emotional in the field which adds extra pressure to the shoulders of the youngsters.

Afridi said that he is expecting Sarfaraz to captain the side well and to get back into form by scoring some big runs. He added that it is always beneficial for the team when the captain is in form as it instills confidence in the players and provides the team with a perfect blueprint to follow.

The explosive all-rounder will be seen in action for the last time in PSL 2022. The tournament is scheduled to commence on 27 January at National Stadium Karachi.