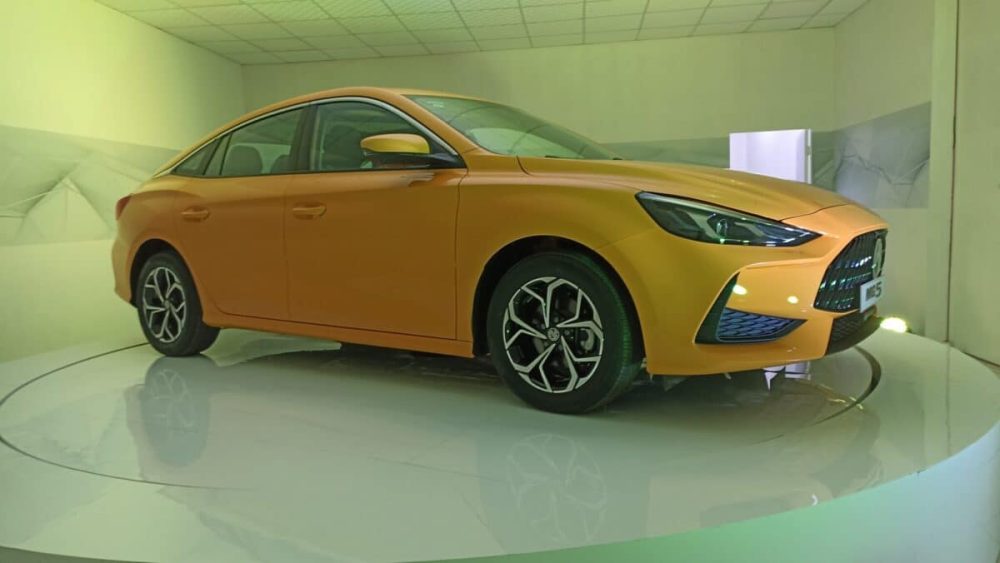 The demand for new cars and SUVs has skyrocketed in Pakistan, prompting new automakers to enter the market and existing automakers to make significant changes to their lineup.

Although the Automotive Industry Development and Export Plan (AIDEP) 2021-26 is geared towards localization of vehicle production — especially small family cars — companies aren’t shying away from including more expensive vehicles in the mix.

This year is likely to feature some interesting vehicles, a fair number of which consist of mid-range SUVs and sedans. Bear in mind though that none of the vehicles in this article have yet been confirmed for launch.

ALSO READ
These Compact Cars Are Launching in Pakistan in 2022

Given the recent teasers and market whispers, it is speculated that these mid-range passenger vehicles will make their debut in Pakistan soon:

Peugeot is scheduled to make its debut in Pakistan this year, in partnership with Lucky Motor Corporation — the same company that relaunched Kia in 2019. A few weeks prior, the company launched its official website which revealed its plans.

According to the information, Peugeot is expected to launch these mid-range vehicles in Pakistan next year: 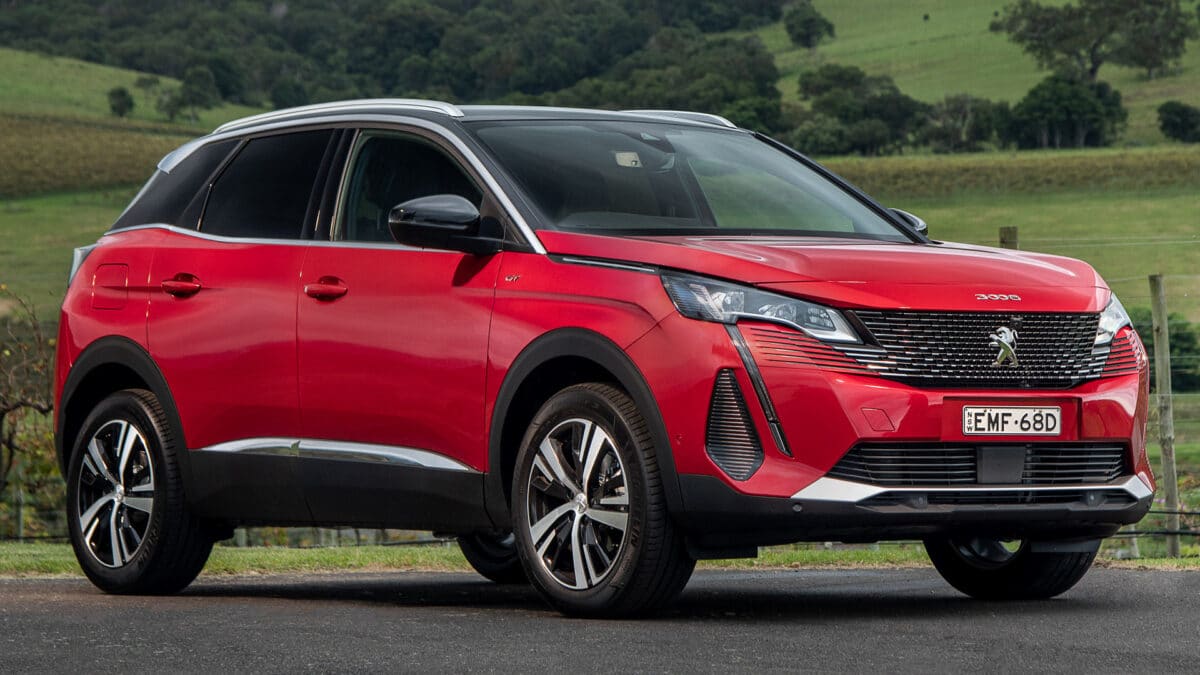 Apart from Peugeot 2008 mentioned in the article about small vehicles launching here in 2022, Peugeot is planning to launch two more SUVs, one of which is the 3008. It is a C-Segment compact crossover SUV that competes with the likes of Kia Sportage, MG HS, Hyundai Tucson, DFSK Glory 580, Proton X70, and Toyota Corolla Cross.

The SUV will be offered with a turbocharged 1.6-liter 4-cylinder petrol engine that makes 162 horsepower (hp) and 240 Newton-meters (Nm) of torque, which is sent to the front wheels or all four wheels (depending on the variant) via a 6-speed automatic gearbox.

Although the launch date and the price is yet to be announced, it is reckoned that 3008 will be launched at a price range of around Rs. 6.5 million. 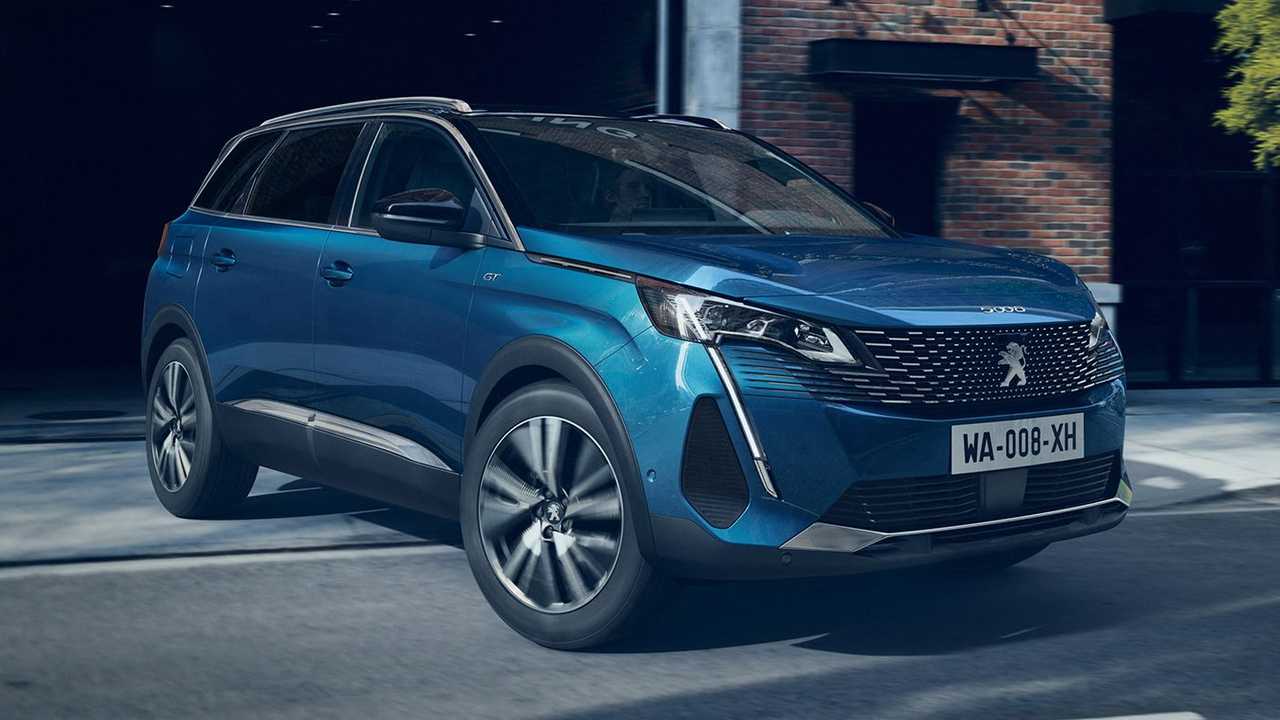 In the land of the giants — giants being midsize SUVs — Toyota Fortuner is still the undisputed king in terms of demand. However, Lucky Motor Corporation (LMC) is planning to send another big bruiser into the gauntlet in the form of the Peugeot 5008.

It is a midsize 7-seater crossover SUV that will take on the likes of Toyota Fortuner, Kia Sorento, Hyundai Santa Fe, and other SUVs in the same category.

It will be offered with the same powertrain as the 3008: a 1.6-liter turbocharged 4-cylinder petrol engine that makes 162 hp and 240 Nm of torque, which powers the front wheels or all four wheels (depending on the variant) via a 6-speed automatic transmission.

The 5008 has 7 passenger seats, a new 10″ HD central touchscreen, a 12.3″ head-up digital instrument panel, heated, ventilated, and messaging front seats, multi-zone climate vents for the comfort of rear-seat passengers, along with other similar amenities that are offered in smaller Peugeot SUVs.

The 5008 will appeal to a limited niche, if and when launched in Pakistan, as it is likely to fall between Rs. 7.3 million and Rs. 8.5 million in terms of price. 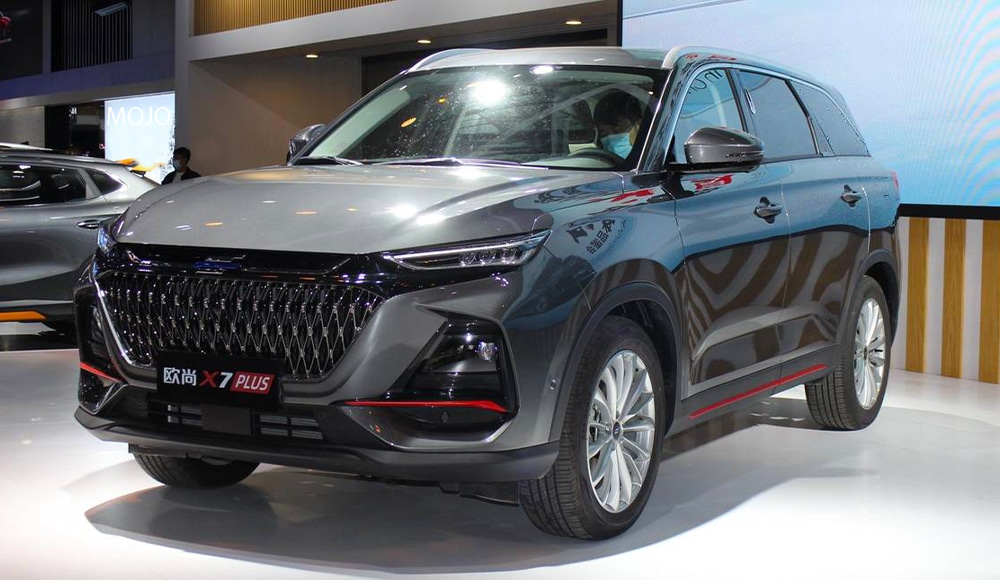 The battle shall be fierce between mid-size crossover SUVs next year as Master Changan also seems to be gearing up to launch Oshan X7 Plus. It is a midsize luxury-crossover SUV whose direct competitor in Pakistan is the Haval H6.

Recently, Oshan X7 Plus was revealed with a 1.5-liter turbocharged 4-cylinder petrol engine that produces 178 hp and 300 Nm torque and is mated to a 7-speed automatic transmission.

Oshan X7 Plus — being a luxury car that is brimming with high-tech features — is expected to have a hefty price tag of around Rs. 8 million. But given the demand for high-end crossovers, Oshan X7 Plus stands a strong chance of making an impact on the market.

In a recent exclusive event in Karachi, Ghandhara Nissan Limited (GNL) displayed the Tiggo 8 Pro and the Tiggo 4 Pro SUVs. The former is a 7-seater, crossover SUV that competes against DFSK Glory 580, and Kia Sorento, as it fits between the compact segment and the midsize segment due to its unique dimensions.

During the launch event, company representatives said that the Chery Tiggo 8 Pro shall be launched as a locally assembled vehicle from the start. Still, being a new-generation SUV with modern technology, it is likely to cost just as much, if not more than its competitors, with a starting price of around Rs. 6 million.

This year, MG has placed several new cars and SUVs in Pakistan to gauge reactions and feedback. So far, it seems that two cars, in particular, have garnered the most interest from potential buyers. The cars in question are as follows: 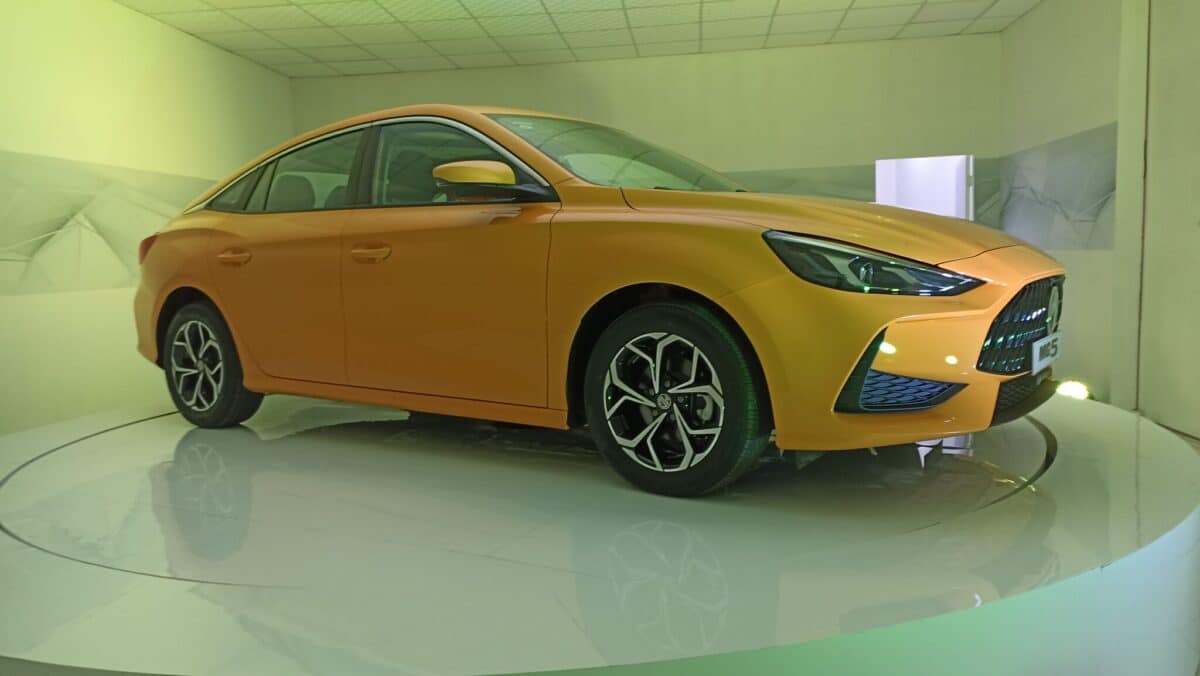 The news of the MG GT’s impending arrival was welcomed by the public, which leads us to believe that the striking new sedan will be launched this year.

It is a C-Segment compact sedan that will rival Toyota Corolla, Honda Civic, and Hyundai Elantra.

MG 5 (which MG GT is based on) comes with either a 5-speed manual or a CVT automatic transmission in the international market, but the MG GT is likely to be offered with a CVT only in Pakistan.

As per reports, MG GT will be launched by the end of 2022, but its exact price and launch date are unknown. However, given the features, looks, and performance figures of the car, it is reckoned that it will likely have a starting price of Rs. 4 million and above. Still, it is likely to give other C-segment sedans in Pakistan a run for their money. 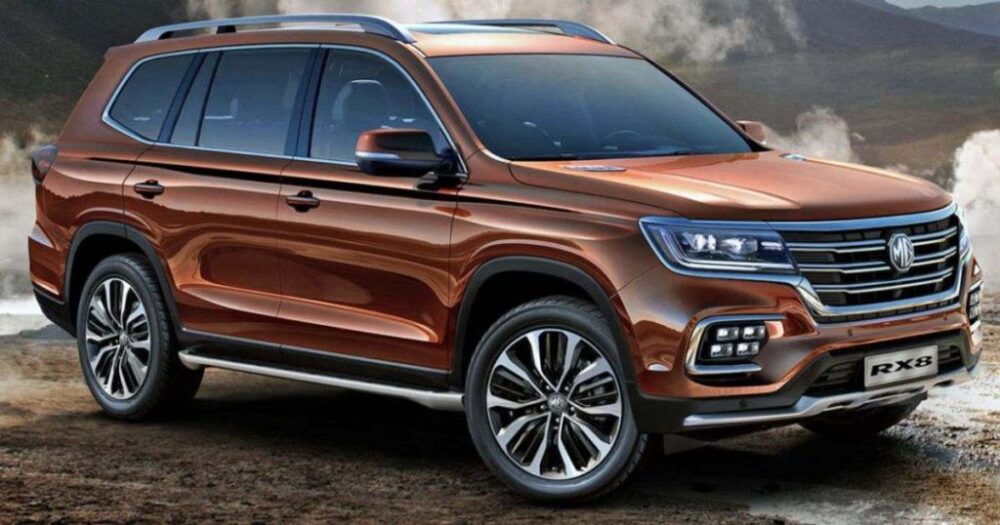 MG RX8 is a midsize 7-seater family SUV that is also popular in the Middle Eastern market and takes on the likes of Kia Sorento, Toyota Fortuner, Hyundai Santa Fe, and Mazda CX-9 SUV in the international market.

It is a fully-loaded four-wheel drive (4WD) SUV that sits on a ladder frame chassis and is powered by a 2.0-liter turbocharged petrol engine that produces 224 hp and 360 Nm of torque and is mated to a 6-speed automatic transmission.

ALSO READ
These Compact Cars Are Launching in Pakistan in 2022

Like other MG vehicles, RX8 is also equipped with all the modern safety and convenience features such as 6 airbags, hill-start assist, hill-descent control, ESC, traction control, cruise control, lane departure warning, collision warning, and other high-tech amenities as a part of the MG Pilot package.

The vehicle has been teased for a fair while and is likely to be offered in Pakistan this year at a price tag of around Rs. 8.5 million. 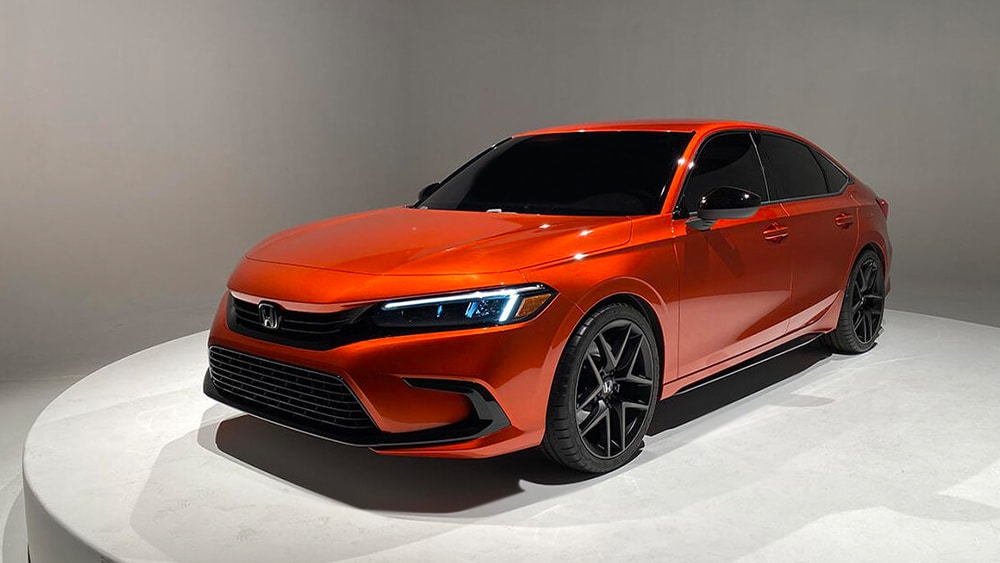 The hype for 11th generation Honda Civic has spread across Pakistan like wildfire after photos of it driving on local roads went viral on the internet. This also suggests that the new Civic is likely to be launched in 2022.

Although the Civic needs no introduction as it is a household name in Pakistan, it bears mentioning that the latest generation Civic is quite a different beast compared to the last generation. It is slightly longer and wider than the previous model, and also looks a lot more like the latest Honda Accord, which is a positive attribute.

Both powerplants are mated to a CVT automatic transmission, whereas the Si and the Type R variants offered in the international markets both have a 6-speed manual gearbox.

The test unit of the Honda Civic 11th generation was imported at a price of Rs. 6,490,000 according to the registration details. However, this might not be the exact price.

The expected price of the upcoming model could be close to Rs. 5,500,000 for a locally assembled unit if the car comes to Pakistan loaded with the aforementioned features. With the price reaching well into the crossover SUV territory, it would be interesting to see how the new Civic will fare against its competition.