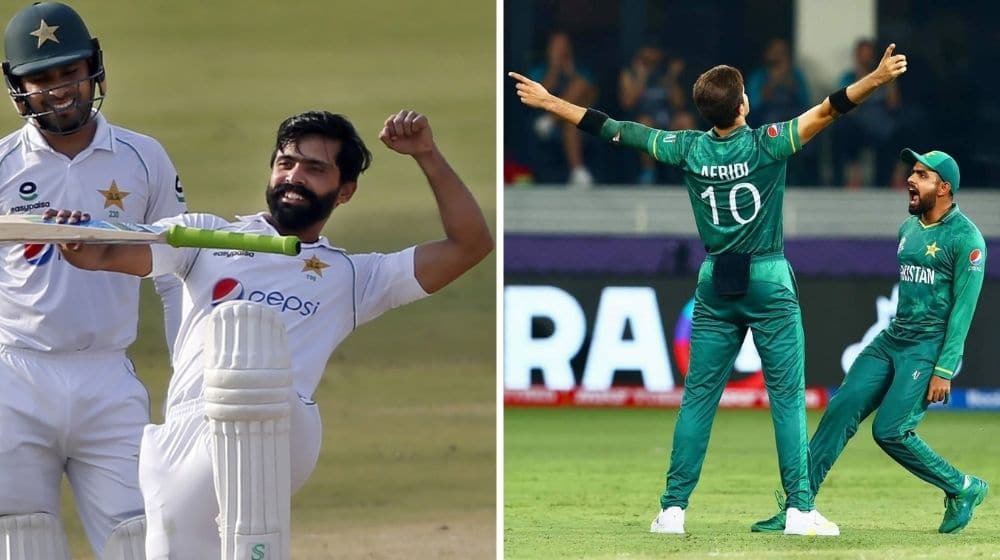 Pakistan cricket team was outstanding throughout the year and put in some impressive performances across all formats. With the year coming to a close, Pakistan Cricket Board (PCB) has announced the nominees for various categories for PCB Awards 2021.

The nominees for the first category, the most impactful performance of the year, have been revealed by PCB across various social media platforms.

Here are the nominees for the most impactful performance of the year:

Veteran middle-order batter, Fawad Alam made a formidable comeback to international cricket after a gap of more than 10 years. While Fawad was brilliant throughout the year, his century against South Africa in the first Test was special.

This was Fawad’s first Test match at his home ground, National Stadium Karachi and he made the most of his homecoming by scoring 109 in the first innings, helping Pakistan to a 7 wicket victory.

After recovering from a lengthy injury, Hasan made the most of the opportunity and delivered for the Men in Green when it mattered. Hasan Ali was unstoppable in all formats of the game throughout the year. While Fawad earned the plaudits in the first Test, Hasan Ali blew away the opposition in the second match of the series.

He picked up a 10-wicket haul in the 2nd match with 5-fers in both innings as Pakistan won the match by 95 runs and took the series 2-0.

While he had some terrific performances throughout the year, his best came against arch-rivals India in the 2021 T20 World Cup encounter. Rizwan scored an unbeaten knock of 79 runs as Pakistan won the match by 10 wickets and registered their first win over their arch-rivals in a World Cup match.

Shaheen Afridi was arguably the best fast bowler in 2021. His immaculate bowling displays in all three formats made him a household name and his performances in the big matches were irresistible.

His best performance came against arch-rivals India in the 2021 T20 World Cup. He took apart the Indian batting unit within the first few overs of the game and set the tone for the rest of Pakistan’s T20 World Cup campaign. Shaheen finished with figures of 3/31 in his four overs and was the driving force behind the historical 10-wicket victory.

Who should win the award for the most impactful performance? Let us know in the comments section.