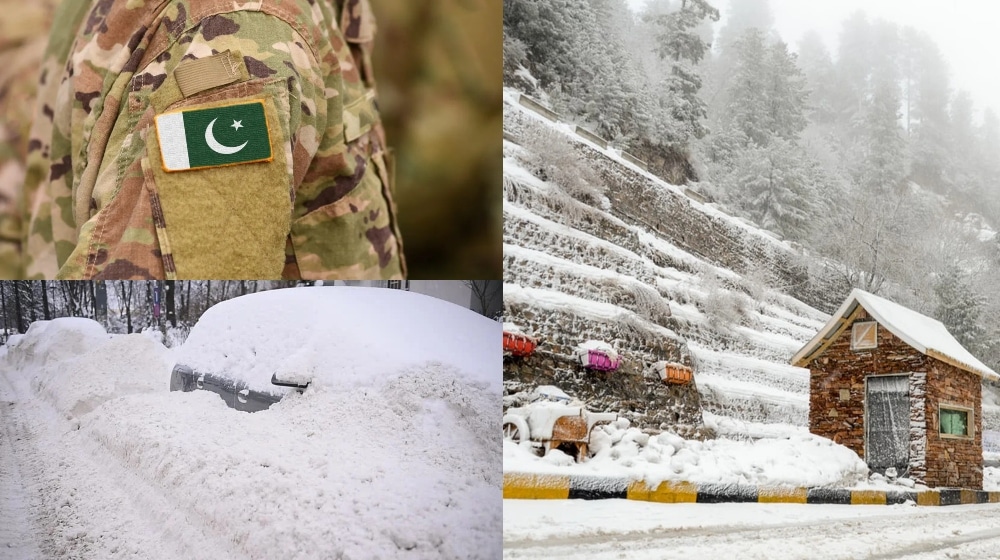 Dozens of tourists stranded in their cars due to heavy snowfall in Murree and surrounding areas have died. As per official numbers, 16 to 19 tourists have lost their lives as a result of the unrelenting snowfall.

Disturbing visuals shared by the local residents of the hill station show that the cars of the tourists first got stuck due to harsh weather conditions and later stopped working as they ran out of fuel. As per reports, the hill station received traffic of over 100,000 vehicles even though it can only contain 30,000.

The unlucky tourists had nowhere to take shelter because of the continuous snowfall. Such was the extent of the snowfall that their cars got shrouded in the snow and they shivered to their death.

Commenting on the unfortunate development, Federal Interior Minister, Sheikh Rasheed Ahmed, said that the Federal Government has decided to deploy Pakistan Army to assist the civil administration of Murree to evacuate the stranded tourists from the region.

He confirmed that five platoons of the Pakistan Army have been deployed in Murree while several contingents of Rangers and Frontier Corps have been ordered to remain on high alert.

The Interior Minister added that thousands of vehicles that entered the hill station on Friday are stuck as things stand. The rescue operation envisions evacuation of at least 1,000 vehicles by today evening while food and warm clothes will be provided to the remaining to brave the severe cold at night.

He also confirmed that the federal government has decided to ban the entry of tourists in Murree until further orders, advising the public to not plan and travel to the hill station.

Chief Minister Punjab, Sardar Usman Buzdar, has imposed an emergency in Murree following the unfortunate event. He has also given his official helicopter for the rescue operation.

Speaking in this regard, CM Punjab said that relevant authorities including Rescue 1122 and Provincial Disaster Management Authority (PDMA) Punjab have been directed to ramp up their efforts to deal with the situation.

CM Punjab has also ordered to open all government-run guest houses and other facilities to accommodate the stranded tourists during the nighttime.