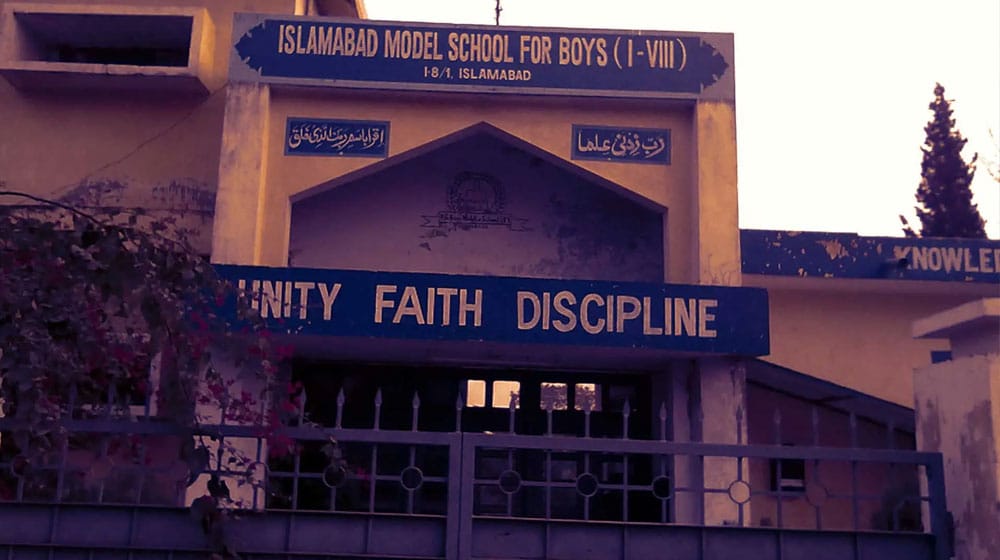 Academic activities in Islamabad’s public schools remain suspended as the teachers association and the federal government have failed to reach an agreement on the Local Government Ordinance, 2021. The teaching and non-teaching staff has reportedly donated in excess of Rs. 1 million to convert their strike into a movement and challenge the ordinance in the court.

The schools reopened on Monday after the winter break but classes have not been resumed due to the ongoing strike by the Federal Government Education Joint Action Committee (FGEJAC).

The association warned that the protest will continue until the government repeals section 166 of the ordinance which places the Federal Directorate of Education (FDE) schools under the to-be-elected mayor of Islamabad. The decision to continue the strike was made during a general body meeting of heads of schools in G-7/2 Model School for Boys.

Meanwhile, students who have already undergone huge academic losses due to the pandemic continue to suffer, and no class has taken place since 1 December 2021.

The teachers said that the government is adamant to place public schools under the local government, and they are fearful that the new ordinance will change employees’ statuses and pave the way for the privatization of the institutions.

A spokesperson for the association’s said, “Almost Rs. 20 billion are annually required to run the schools and colleges under the FDE, and the local government would have no capacity to handle the affairs of the institutions”.

Special Assistant to Prime Minister (SAPM), Ali Nawaz Awan, affirmed that the teachers will have complete job security and will remain under the Ministry of Education.

He said, “the education ministry would continue to bear development and non-development expenditures and also regulate the FDE and its educational institutions,” and added that there is nothing to be worried about as the local government mayor will only oversee the system.

However, the teachers remarked that the clause in the ordinance clearly mentions that the FDE head will be appointed after consultation with the mayor and will report directly to the local government. They opined that if the government is serious about resolving the crisis instead of misinterpreting section 166, it should abolish it altogether.