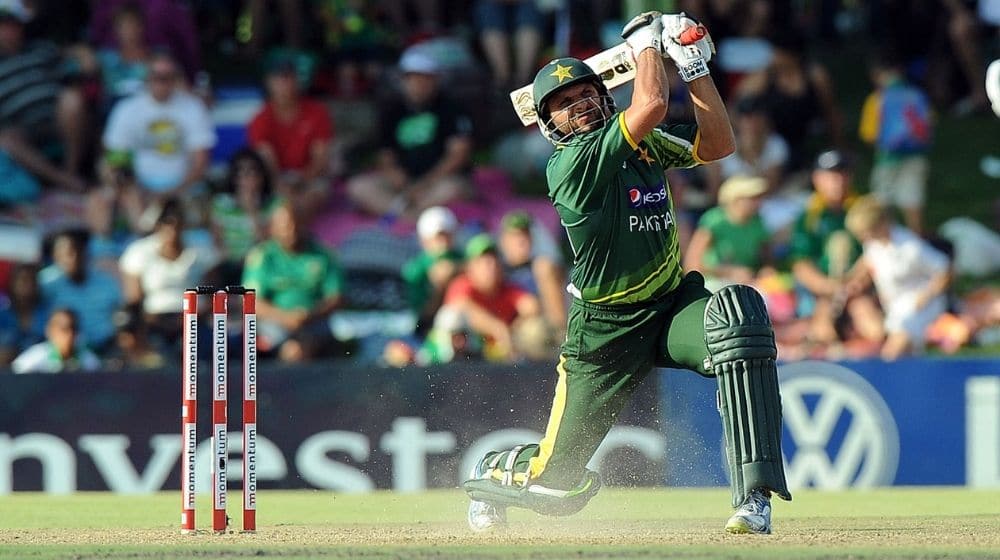 Legendary all-rounder, Shahid Afridi entertained the cricketing fans around the world with his all-action all-round skills for over three decades. Afridi, who is set to retire from all forms of cricket after the seventh edition of Pakistan Super League (PSL), announced himself on the world stage back in 1996 when he struck a record-breaking 37 ball century in his first ODI innings in international cricket.

Since then, Afridi’s power-hitting prowess was feared around the world and despite his inconsistencies with the bat, he was regarded as one of the best hitters across the globe. Afridi’s ability to turn around a match within a space of a few overs was one of Pakistan’s biggest strengths throughout the 1990s and 2000s.

While he turned into a world-class spinner later on in his career, his occasional blitz with the bat in hand had the fans glued to their TV screens.

Let’s have a look at the ODI strike rate breakdown through the decades:

The 46-year old might be retiring soon but his impact on the global game is there to stay. Afridi made his international debut more than 26 years ago, at a time when players were not renowned for hitting sixes on every other ball but he brought in a new mindset in cricket which shows that he was miles ahead of others in his time.