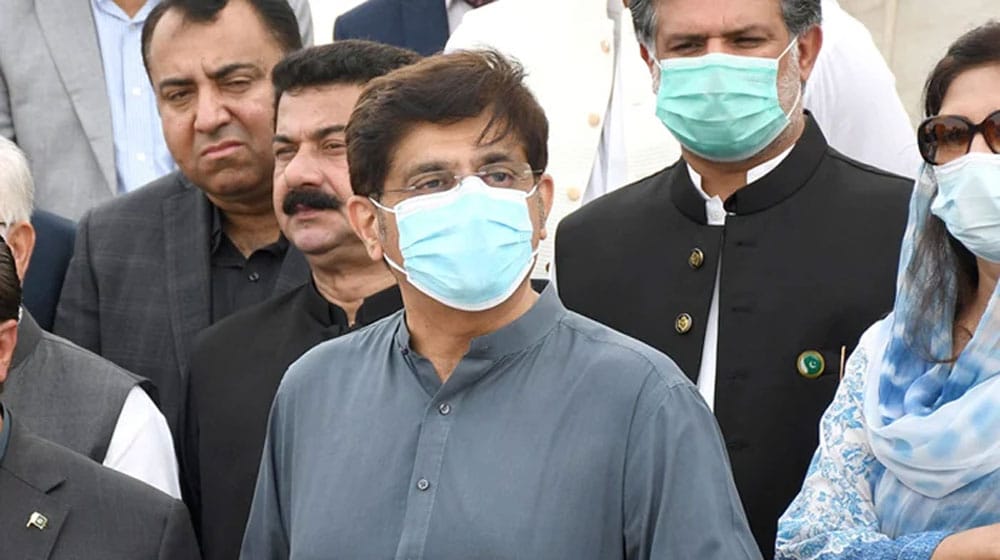 The Chief Minister (CM) of Sindh, Syed Murad Ali Shah announced on Friday that the provincial government will follow the directives of the National Command and Operations Center (NCOC) regarding the lockdown and the closure of schools in Karachi.

“Whatever strategy we adopt, it will be in consultation with NCOC,” he said.

He made these remarks while addressing the media at an inauguration ceremony in Karachi, and declared that the current COVID-19 positivity ratio — 28.80 percent — is Karachi’s highest-ever.

He revealed that the surge in infections had not increased the pressure on hospitals as the number of patients on ventilators is still very low. An official of the Sindh Health Department added that the government is not going to impose any strict measures unless there is a drastic increase in hospitalization.

MPA Muhammad Qasim Soomro, who is also the Parliamentary Secretary of Health in the Sindh Assembly, said on Thursday, “We have decided that unless the hospitalization increases up to 40 to 50 percent in Karachi, we are not going to take any drastic measures”.

“We are taking some measures to promote vaccination and take action against businesses doing public dealing with unvaccinated staff but no stringent measures are under consideration at the moment in Karachi,” he added.

COVID-19 infections are on the rise across the country in the fifth wave of the coronavirus and infections of the Omicron strain in particular. Pakistan’s coronavirus positivity shot to 7.36 percent during the last 24 hours, with over 3,000 new cases on the second consecutive day.

According to the figures from the NCOC, a total of 48,449 tests were conducted during the last 24 hours, of which 3,567 were positive. This is the highest number of cases in the country since 9 September 2021 when 3,689 people had tested positive.