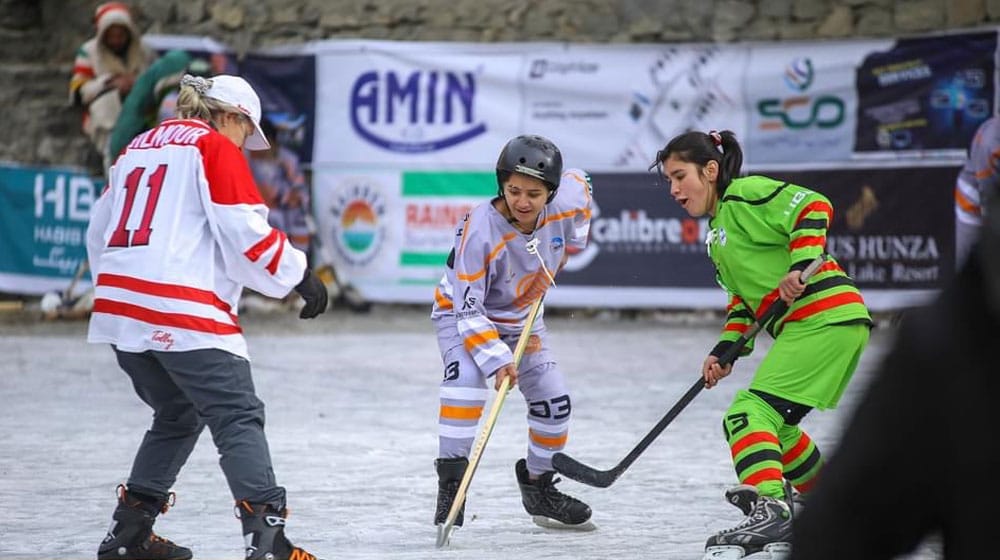 Canadian High Commissioner, Wendy Gilmour, is winning the internet after a video of her refereeing an ice hockey match, played among young girls in Hunza, went viral on social media.

The match between Chitral Women and Hunza Women on Saturday was part of the fourth Winterlude festival.

The Canadian High Commissioner, who was the chief guest at the game, turned herself in for the referee’s job – a gesture that is being praised all over the country.

Pamir Times, a community news portal of Gilgit, shared pictures of the ice hockey match on Twitter following which social media users were quick to praise the top diplomat.

Gilmour was quick to retweet it, saying that was “an amazing match.”

What an amazing match – my congratulations to Altit’s #SCARF for organizing the 4th #Winterlude festival, and to the young players from Hunza and Chitral – my @CanHCPakistan colleagues and I had a blast!#girlsinsport @NHLNetwork @DonnyHockeyNY #womenhockey https://t.co/FB2NsufvFb

Girls Ice Hockey match in Hunza. Referee is Canadian High Commissioner in Pakistan, @gilmour_wendy. She has been very active in providing support for girls sports in Pakistan, incl introducing sports like ice hockey. Great to see our girls shine & thx Wendy for making it possible pic.twitter.com/RwdyLAVXdh

Girls Ice Hockey match is being played in Hunza near Attabad Lake & the referee is Canadian High Commissioner in Pakistan @gilmour_wendy Need of the hour is that media should highlight positive stories of Pakistan @ArifAlvi @ImranKhanPTI @fawadchaudhry @investinpak @RabiaShAhmad pic.twitter.com/f5tYbXAfI2