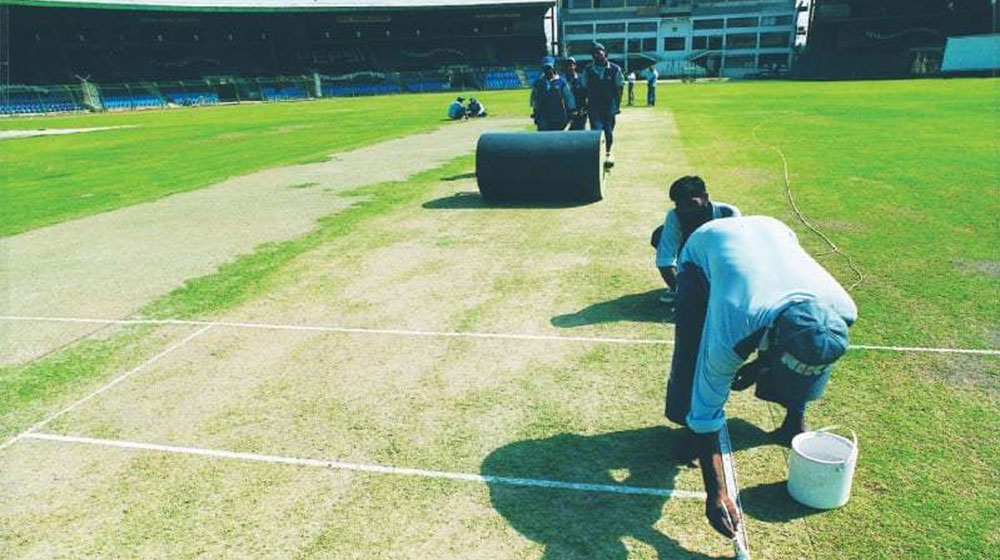 The Pakistan Cricket Board (PCB) has directed pitch curators in Karachi and Lahore to make high-scoring and batting-friendly wickets for the seventh season of the Pakistan Super League (PSL).

The move is part of the PCB Chairman, Ramiz Raja’s plans to instill aggressive intent in batters.

As per reports, the curators at Karachi’s National Stadium and Lahore’s Gaddafi Stadium have been tasked to prepare wickets that are conducive for power-hitting.

PSL is known for its excellent quality of bowling. Therefore, most of the matches in the marquee tournament are low-scoring and dominated by bowlers.

This is why the 200-run mark was only breached thrice — by Islamabad United, Peshawar Zalmi, and Multan Sultans — during the entire PSL 6 season.

United scored 247/2 in a group match against Peshawar Zalmi, which was also the biggest total in the history of the tournament. In response, Peshawar Zalmi scored 232/6.

The third instance was when Multan scored 206 runs for the loss of four wickets against Peshawar Zalmi in the final of the last edition in Abu Dhabi.

The last edition witnessed only two centuries, one by United’s Usman Khawaja and the other by Karachi Kings’ Sharjeeel Khan.

The seventh season of PSL will start on 27 January in Karachi and conclude on 27 February in Lahore. Karachi will host 15 games in the first leg, while the remaining 19 matches, including the final, will be played in Lahore.