The Pakistani Rupee (PKR) reversed its losing streak against the US Dollar (USD) and posted gains in the interbank market today. It gained 24 paisas against the greenback after hitting an intra-day low of Rs. 176.58 against the USD during today’s open market session. 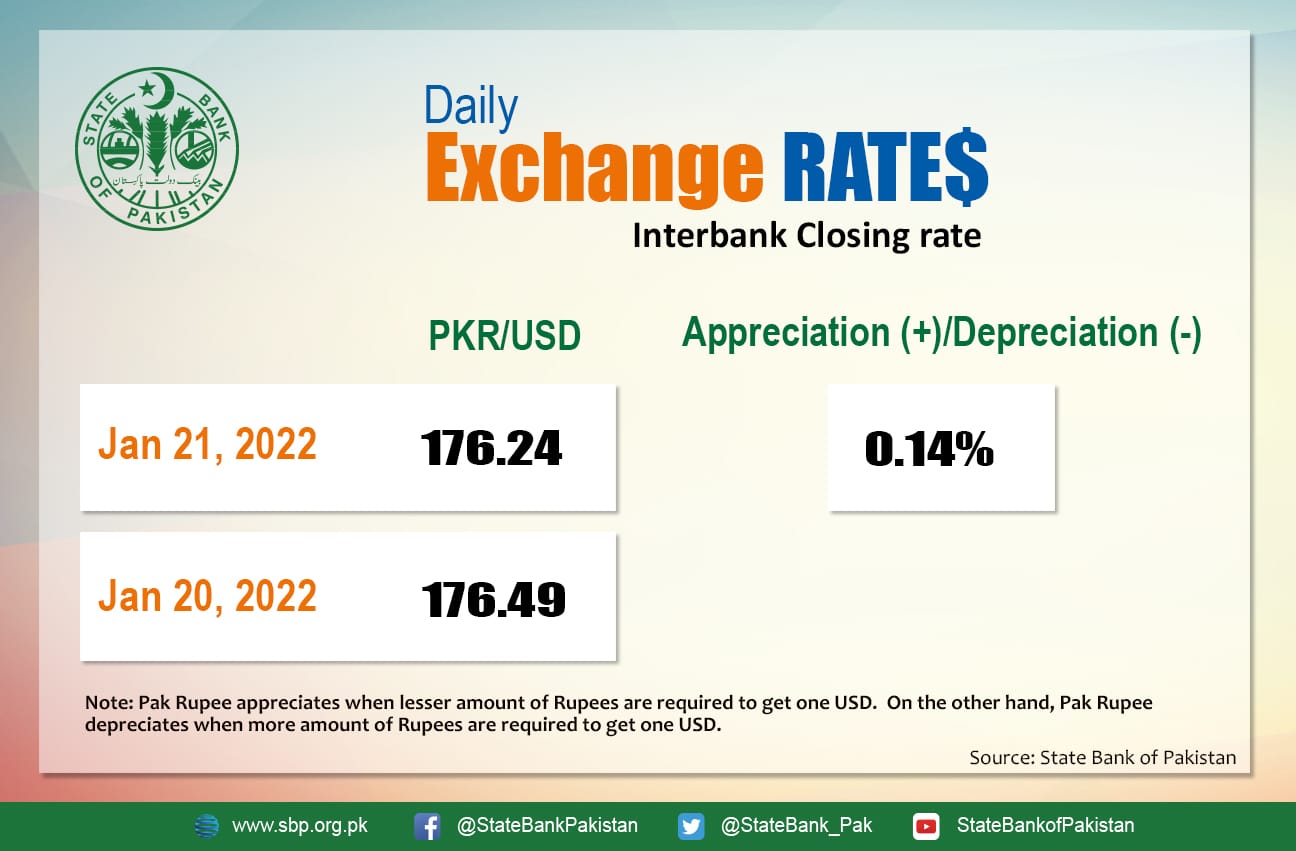 The rupee reversed its three-day losing streak against the dollar a little less than 24 hours after the Planning Ministry’s National Accounts Committee (NAC) approved the revised estimate of Pakistan’s Gross Domestic Product (GDP) growth for the fiscal year 2020-21 (FY21) from 3.9 percent to 5.37 percent.

The Pakistan Bureau of Statistics (PBS) also shifted its economy’s baseline, which pushed the figure to 5.57 percent.

However, Pakistan’s foreign exchange reserves continued to deplete with a staggering outflow of $0.56 billion during the week closing on 14 January 2022. According to data released by the State Bank of Pakistan (SBP), foreign exchange reserves of the country declined to $23 billion. Its reserves stood at $17.03 billion while those of the commercial banks stood at $6.31 billion.

Discussing the rupee’s near-term outlook earlier in the day, the former Treasury Head of Chase Manhattan Bank, Asad Rizvi, explained that although the drop in the country’s reserves of $562 million is significant, an upward revision of GDP growth and a reduction in the REER to 96.7369 could assist in mitigating the impact on the PKR. He said the $347 billion GDP will drive the Tax to GDP ratio to lower levels, but a hike in the policy rate and a record high SBP profit might push it closer to 10 percent.

Fall in SBP Net Reserves by $562mn is huge. But Upward revision of GDP growth & REER down to 96.7369 should help 2reduce the impact on #PKR.
However, size of $347bn GDP will push Tax 2 GDP lower. Hike in policy rate & record high SBP profit may bring it closer to 10% pic.twitter.com/HVf2hhBJEb 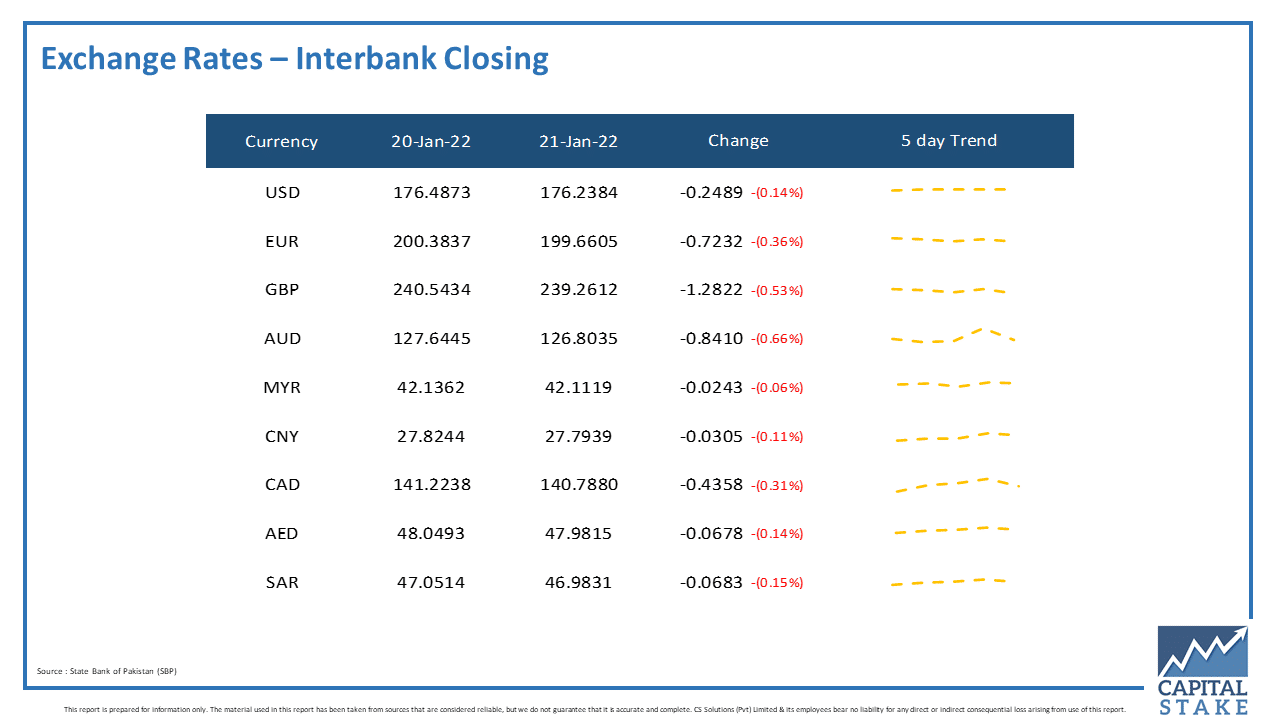 It also gained 72 paisas against the Euro (EUR) and Rs. 1.28 against the Pound Sterling (GBP).