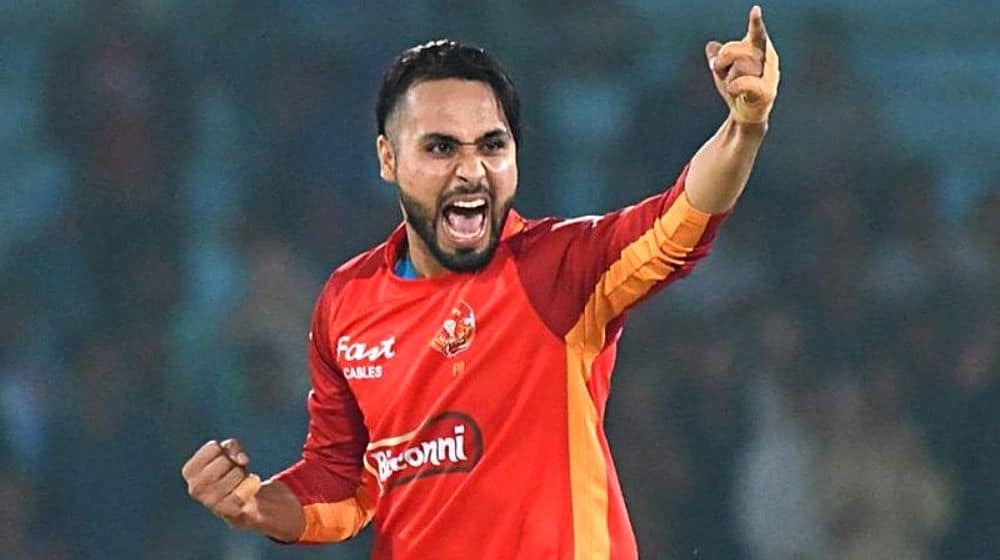 Pakistan’s all-rounder, Faheem Ashraf is excited ahead of the seventh edition of the Pakistan Super League (PSL). Faheem believes that Islamabad United has a balanced squad and their excellent team combination makes them one of the strong favorites for the title.

Faheem talked about Islamabad’s chances and his preparations in an exclusive interview with ProPakistani.

The talented all-rounder revealed that the Islamabad camp is as always united and the atmosphere in the dressing room is excellent as they all share a good camaraderie with each other which translates into their exceptional performances on the pitch. Faheem said that they all are good friends off the pitch which makes it fun to play alongside his teammates in the tournament.

Faheem also talked about his aim to be a regular in Pakistan’s national team after being left out of Pakistan’s 2021 T20 World Cup squad. Faheem said that he is training really hard and is determined to prove his mettle in the upcoming tournament. He said that being an all-rounder is a very tough job as he has to work harder than the other players to improve all three aspects of his game constantly.

The 28-year old also praised the impact of Misbah-ul-Haq and Waqar Younis during their time as coaches of the national team. Faheem stated that Misbah-ul-Haq has a wealth of knowledge about cricket and he shared his experiences with the rest of the team that made them better players. Faheem said that he prefers to play under local coaches as there is no language barrier and it is easier to understand them.

Faheem added that he had great difficulty in communicating with former coach, Mickey Arthur, and some of his advice was lost in translation. He added that despite the communication barrier, Mickey was an excellent head coach who helped Pakistan become one of the top teams in the world.

Faheem added that he prefers to play Test cricket and T20I cricket instead of ODI cricket as it is easier for him to perform in the two formats. He said that he is works equally hard in training on his batting and bowling and assured that he will perform well for Islamabad United in the upcoming tournament.

The pace bowler is Islamabad United’s leading wicket-taker in PSL history and is the third-highest wicket-taker in the tournament overall. He has taken 55 wickets at an average of 18.94 in 39 matches for Islamabad.

You can check out the PSL Schedule, PSL Teams and PSL Stats here!