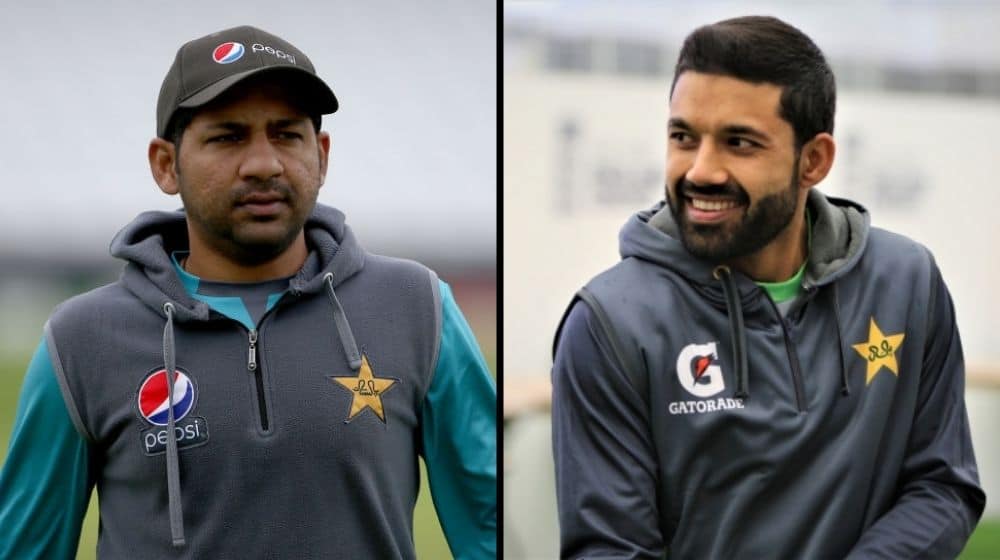 Former Pakistan captain, Sarfaraz Ahmed has revealed that he shares a good camaraderie with Pakistan’s current wicket-keeper batter, Mohammad Rizwan, and the two players enjoy healthy competition. Sarfaraz’s latest comments have finally laid to rest the rumors of a rift between the two players.

“I don’t think there is a tie between us; I think it’s a competition, and it’s a good thing to compete,” Sarfaraz remarked.

“I think that is the beauty of the competition, if your competitor does well then it also motivates you to do even better. It’s a healthy competition for me and I am enjoying it,” he added.

The former captain was replaced by Mohammad Rizwan in all three formats and Rizwan has not looked back since, performing exceptionally well with the bat and with the gloves behind the stumps. Rizwan had a record-breaking year for Pakistan as he was awarded the ICC T20I player of the year for his magnificent showing with the bat in 2021.

Sarfaraz, on the other hand, has been in a rich vein of form as well and is determined to stake his claim back in the national team. Sarfaraz said that his aim is to perform well in the upcoming seventh edition of the Pakistan Super League (PSL) and make his way back into the national team setup.

Both the wicket-keepers will be seen in action in PSL 7. Sarfaraz will lead Quetta Gladiators while Rizwan will lead Multan Sultans in the competition. The tournament is set to commence on 27 January.

You can check out the complete PSL 2022 schedule here!