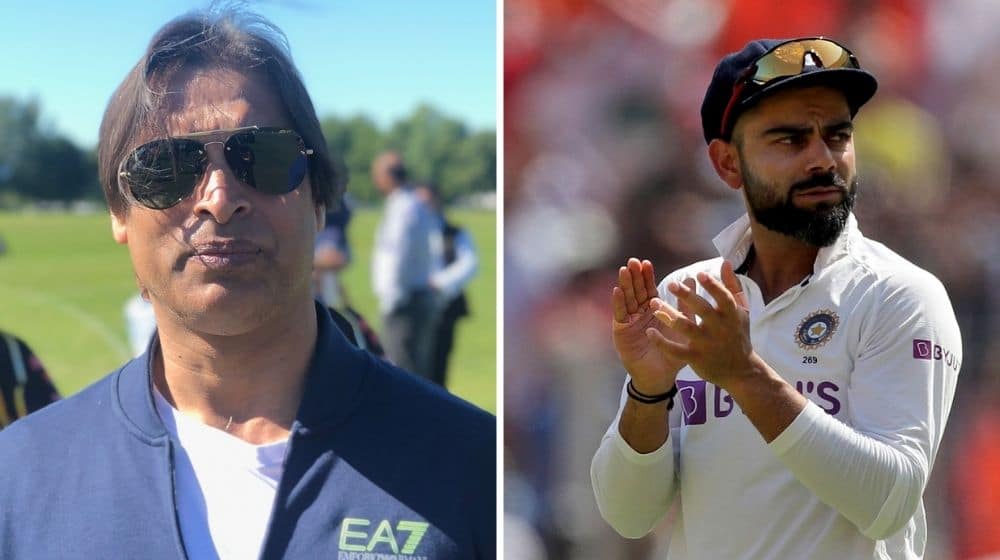 Legendary Pakistani fast bowler, Shoaib Akhtar believes that former Indian captain, Virat Kohli, wanted to continue as captain of the Indian Test team but he was forced to resign by the Board of Control for Cricket in India (BCCI). Akhtar said that Kohli has to focus on piling runs once again and should go onto the pitch and enjoy his cricket.

Initially, Kohli resigned from T20I captaincy after a disappointing performance by India in the 2021 T20 World Cup. Shortly after, he was also removed from ODI captaincy as BCCI revealed that they wanted one captain for their limited-overs side. Indian opener, Rohit Sharma, took over the reins from Kohli in white-ball cricket.

BCCI’s decision caused a stir in Indian cricket as it was revealed that Kohli had no intention of giving up his captaincy and he was removed without having prior knowledge of being relieved of his duties as captain of the side.

Akhtar believes that all is not well in the Indian camp and Kohli’s latest decision to resign as the captain of the Test side has not been made willingly. Akhtar said that Kohli was forced to resign from his role instead.

“Virat didn’t leave captaincy but was forced to do so. This is not the best of times for him but he needs to prove what he is made of. Is he made of steel or iron? He is a great guy and a cricketer,” Akhtar stated.

Akhtar added that while Kohli needs to focus on himself, BCCI needs to make sure to appoint a captain who can take the team to even greater heights.