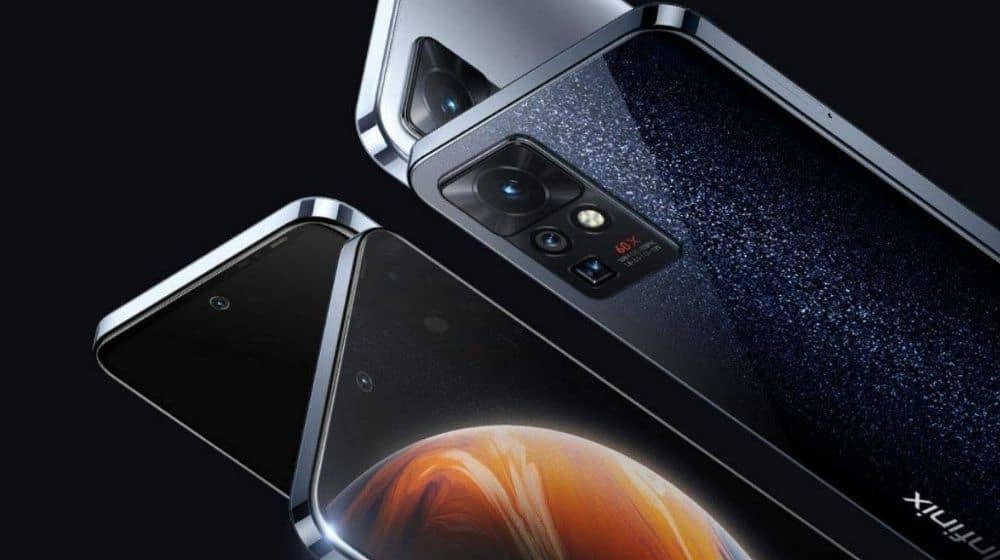 In recent years, the Chinese smartphone brand Infinix has emerged as one of the companies making the best budget-friendly phones in the market. Last year, the company launched its premium Zero X series with MediaTek Helio G chipsets, and now, the company is reportedly working on a 5G smartphone to take its smartphone game up a notch.

A recent report shared by XDA Developers has revealed some key specifications of the upcoming smartphone featuring its live shots. As per the rumors going around, it might debut as a Zero series smartphone.

The leaked images reveal that Infinix’s first 5G phone will feature a punch-hole display with a noticeable “chin” at the bottom. The rear panel of the device will have a rather glossy finish with a slightly protruded camera island housing a triple-camera unit, which is speculated to include a 48MP primary lens with 30x zoom.

The publication further claims that the upcoming 5G smartphone is likely to be equipped with an LCD panel, which might support a standard 120Hz refresh rate. The images reveal a flat display with curved edges. However, previous leaks shared by the YouTube channel, Tech Arena24, claimed that the device might feature a 6.67″ AMOLED Full HD+ 120Hz display with a 16MP selfie camera. Which of these is true is anyone’s guess.

Under the hood, the handset is expected to have the Dimensity 900 chipset. XDA Developers did not share any other information regarding the specs of the device but according to the leaks revealed last month, the device is expected to pack 8 GB RAM with 128 GB of internal storage. The leaks further revealed that powering the device will be a 5,000mAh battery with support for 33W fast charging

Apart from the Infinix Zero 5G, there is no information available regarding the rest of these smartphones as of now. However, since we still await an official confirmation from the company regarding the smartphone and its spec sheet, take all of this info with a grain of salt. We might be hearing more about this smartphone in the coming days.