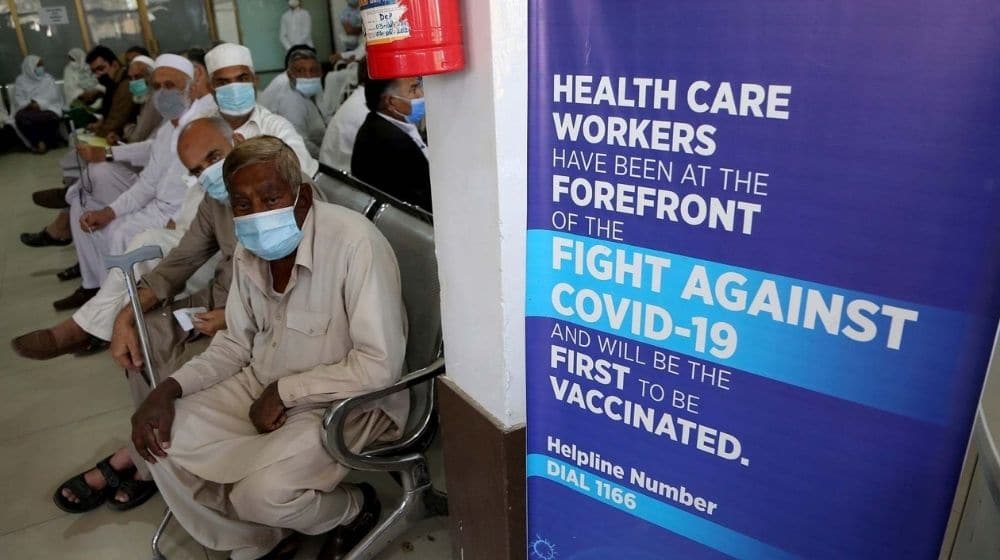 On Tuesday, Islamabad reported the highest number of COVID-19 cases since the beginning of the pandemic. As per National Command and Operation Centre’s (NCOC) latest data, 8,234 tests were conducted in Islamabad during the last 24 hours out of which 1,836 people tested positive.

The positivity ratio has jumped to 22 percent, which is by far the highest since 2020. According to the officials, the number of active cases in the capital stands at 9,740. Out of these, 77 are admitted to different hospitals, and the rest are isolated at home.

The NCOC’s report further revealed that out of a total of 51,063 tests conducted across the country during the last 24 hours, 5,196 tested positive, while 1,453 recovered and 15 lost their lives. The overall positivity ratio now stands at 12.79%.

In addition, Rawalpindi reported 368 positive cases with one death, in the last 24 hours, raising the positivity ratio in the district to 13.5 percent. Following this, six schools and three colleges were sealed in the district, after some members of the administration were diagnosed with COVID-19, on Tuesday.

The educational institutions that have been sealed are:

According to the District Health Authority spokesman, Dr. Waqar Ahmed,  these institutions will remain sealed till February 3.

As per data shared by the government, 2,724 samples were collected in district Rawalpindi during the last 24 hours out of which 2,356 were declared negative. As of today, there are 2,446 active patients in the district, 61 of which have been admitted to hospitals, while 2,385 patients are home isolated.

Moreover, in Wah Cantonment, all nine campuses of the Sir Syed School have been closed for one week after some of the students and school staff tested positive.

Owing to the rising number of cases in the country, NCOC held a meeting last week to discuss the new curbs for tackling the pandemic’s fifth wave driven by the Omicron variant. The meeting concluded with the decision to ban indoor gatherings, weddings, and dining in districts and cities with COVID-19 positivity rate exceeding 10 percent, with effect from January 24th.