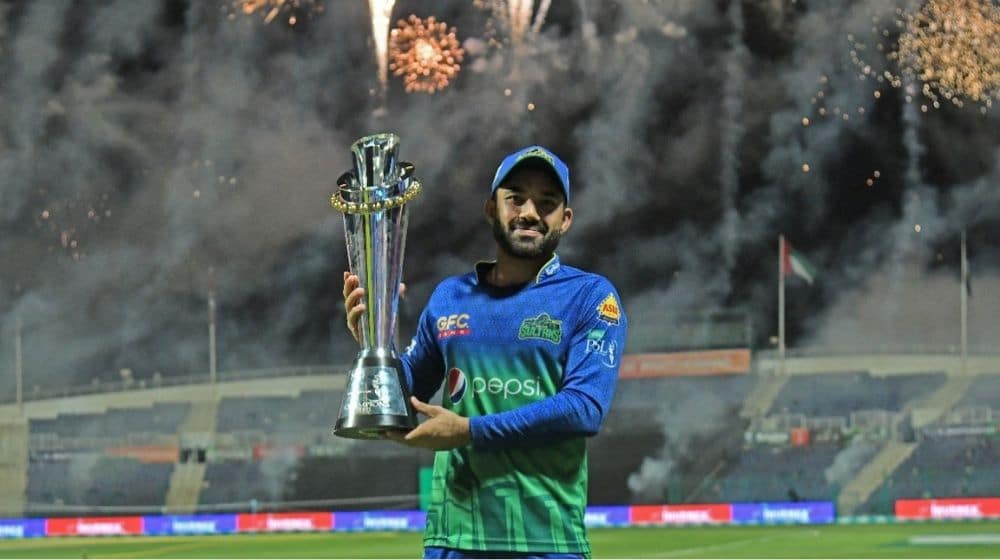 The ICC T20I player of the year and Multan Sultans captain, Mohammad Rizwan is upbeat ahead of the seventh edition of the Pakistan Super League (PSL). In an exclusive interview with ProPakistani, Rizwan said that the atmosphere in Multan’s camp is outstanding and the entire squad is fully prepared for the challenges ahead.

Rizwan said that he has told his teammates to forget about their title-winning campaign in the previous edition and focus on what lies ahead. He said that Multan’s think tank has not even thought about the prospect of retaining the title and is focused on taking the competition match-by-match.

Rizwan added that the team is coming up with new strategies ahead of the new season as they fully want to maximize their chances of winning the PSL title once again.

The gritty wicket-keeper batter said that Multan has a lot of options at their disposal and it will be easy for him to lead such an exciting team. He said that Multan possesses some great batters, exceptional bowlers, wonderful all-rounders, and outstanding power-hitters who will all play their roles throughout the tournament.

Rizwan said that the entire squad is equal as there are no platinum, diamond, or silver players. There are players with one aim and that is to help their team win matches and ultimately the title. He added that every member of the squad is crucial and has a part to play in the mega-event.

The 29-year old also revealed that Pakistan’s express pacers, Shaheen Afridi, Haris Rauf, and Hasan Ali are three of the toughest bowlers he has faced in the PSL as they have a knack of figuring out the weaknesses of the batter really quickly. He added that there is a large pool of bowling talent in the country and some exciting young pacers are coming up through the ranks.

Rizwan will be seen in action on the opening night of PSL 7 as Multan Sultans begin their journey to retain their title against Karachi Kings tonight. The match will commence at 8 pm at National Stadium Karachi.