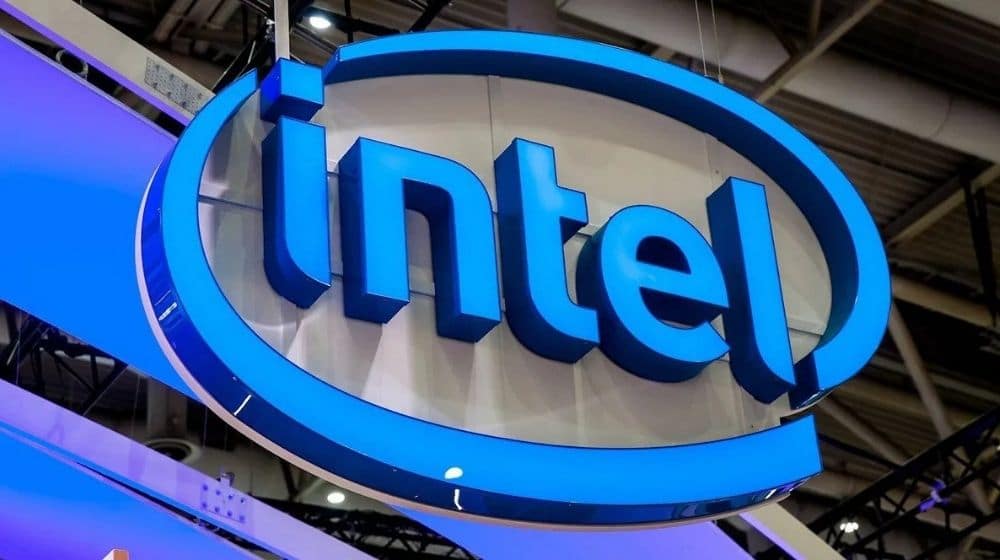 In its Q4 2021 earnings, Intel reported the highest quarterly and yearly revenue, standing at $19.5 billion and $74.7 billion respectively, in addition to four other revenue records as well. However, this doesn’t mean that the company didn’t suffer its fair share of troubles, it’s still struggling to fully capitalize on the pandemic-fueled demand for new PCs in the market, with its net income going down by 21 percent in the quarter to $4.6 billion.

Furthermore, Intel’s Client Computing Group (CCG) shrunk by 2 percent during its Q3 2021 earnings back in October, which constrained the company’s growth. With CCG again down by 7 percent, CCG’s Q4 earnings don’t show any improvement, owing to poor laptop sales due to the global chip shortage and the lack of other key components affecting manufacturing sites in different parts of the world. 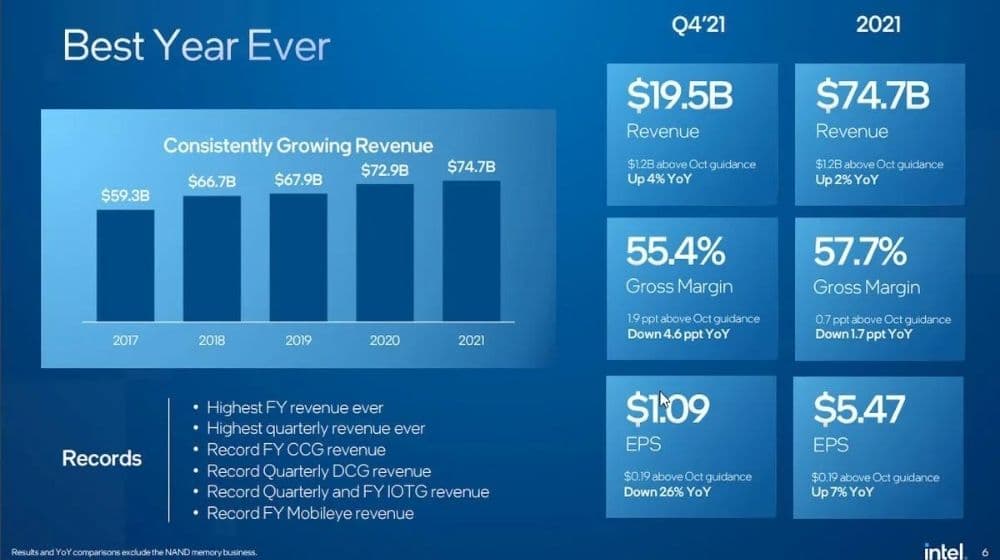 However, desktop sales saw an immense boost, Gartner and IDC reported that sales grew an additional 10-15 percent in 2021, with over 340 million PCs shipped. While the company’s other divisions made up for the revenue-wise decline. Intel’s data center group went up by 20 percent year over year to $7.3 billion, while the smaller businesses like Intel’s Internet of Things Group (IOTG) and its self-driving car company, Mobileye, saw increased demand up by 36 percent and 7 percent in Q4 2021 compared to Q4 2020. Their revenue grew 33 percent and 43 percent this year, respectively.

However, due to some serious competition in the industry, Intel doesn’t automatically get to profit from all of that growth. With AMD pushing even further on laptop chips this year, and Qualcomm stepping back into the spotlight, it’s a tough time for Intel to be behind on processor technology.

For now, all eyes are hooked on Intel Arc Alchemist graphics cards which are expected to shake up the GPU market for both desktops and laptops later this year.