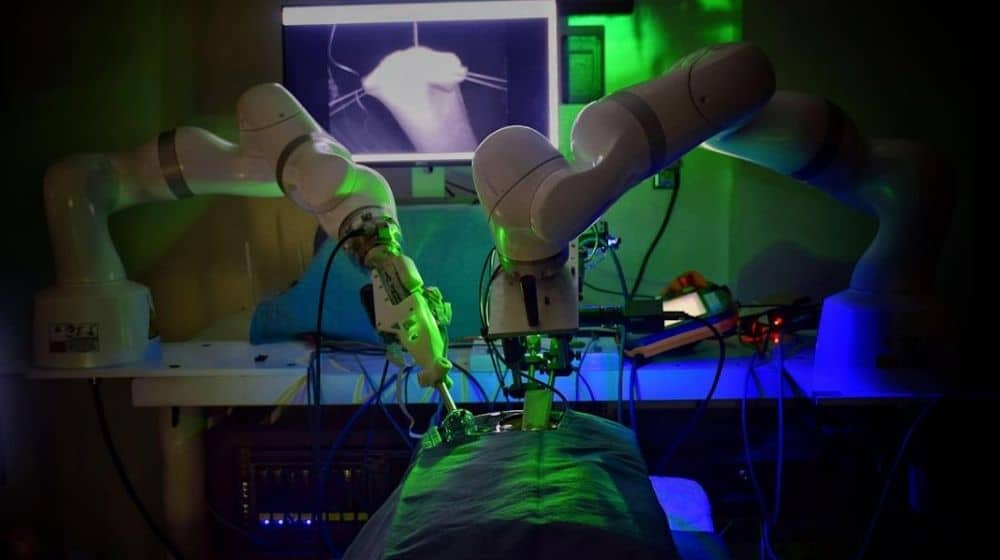 Although we didn’t get flying cars in the 21st century as we had expected, we did get robot surgeons. In a recent breakthrough, researchers at Johns Hopkins University successfully trained a robot to perform an autonomous laparoscopic surgery on a pig.

The team of researchers at Johns Hopkins University reported the breakthrough on Wednesday, when the robot, for the first time in human history, successfully completed the laparoscopic surgery on a pig, without any human interference. The robot surgeon, which has been named the Smart Tissue Autonomous Robot (STAR) outperformed even human surgeons at the intestinal surgery, which required high levels of repetitive motion and precision to connect two ends of an intestine, in addition to suturing with high accuracy.

The team has been programming its Smart Tissue Autonomous Robot (STAR) for years, the same robot had performed a semi-autonomous laparoscopic surgery, back in 2018 and now, it has successfully completed a fully-autonomous surgery.

Commenting on the accuracy of the procedure, Axel Krieger, assistant professor of mechanical engineering at Johns Hopkins Whiting School of Engineering, in a statement issued on Tuesday, said:

The STAR performed the procedure on four animals and it produced significantly better results than humans performing the same procedure.

Laparoscopic surgery on soft tissue systems has proven to be especially challenging even for human surgeons, as it requires instant adjustments without making large incisions in the stomach in case something moves or the surgeon encounters an unexpected obstacle.

The benefit of STAR is not just its ability to adapt, but the precision and repeatability that comes with the use of robotics. STAR has been intricately designed to execute a surgical plan in soft tissue with minimal human intervention. The researchers believe that this type of autonomous surgery will remove human imperfections from a procedure, such as hand tremors, hesitancy, doubt and fear.

As far as the future of autonomous robot surgery is concerned, it seems that we’ve got a robot revolution ahead of us. Krieger further said that in the near future he could imagine a robot being sent out on a battlefield to perform trauma surgery.