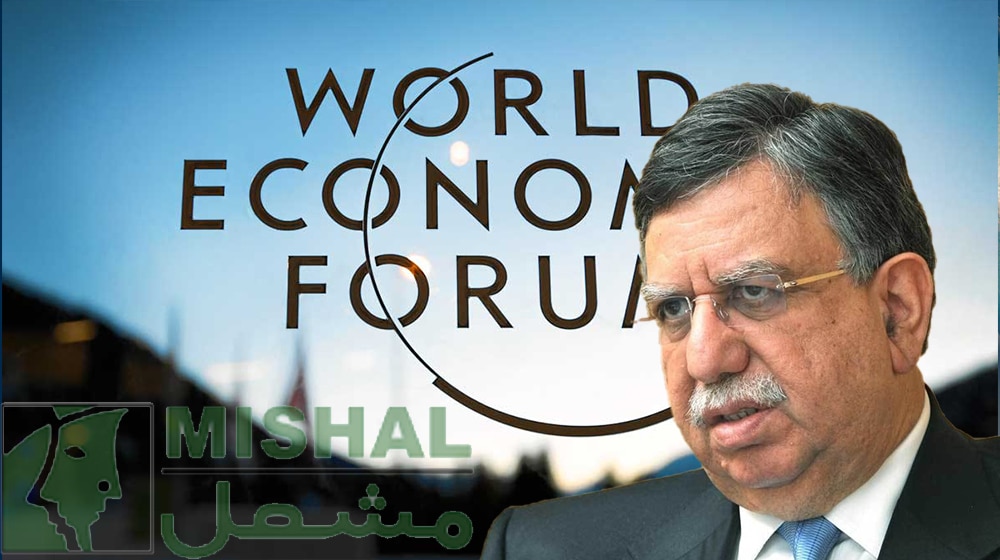 Federal Minister for Finance and Revenue, Shaukat Tarin has stated that the World Economic Forum (WEF) has acknowledged the economic progress and development in Pakistan.

In a tweet, Tarin said the country partner of WEF, Mishal Pakistan in its report, ‘Pakistan Competitiveness Report’, has endorsed various efforts made by Pakistan to uplift the economy.

According to the minister’s tweet, Mishal Pakistan acknowledged Pakistan’s efforts to uplift the weak.

The report reads: “Pakistan has shown global leadership in putting more emphasis on human dignity and social capital values through its Ehsaas Program.”

Moreover, it appreciates the country’s future-oriented policies. It says: “Pakistan shown tremendous progress and achievements made by [the] government to have more future-orientated policies and approach”.

The report maintains that the government’s short-term and long-term visions have shown improvements “as it is 4.42 this year from 3.88 last year”.