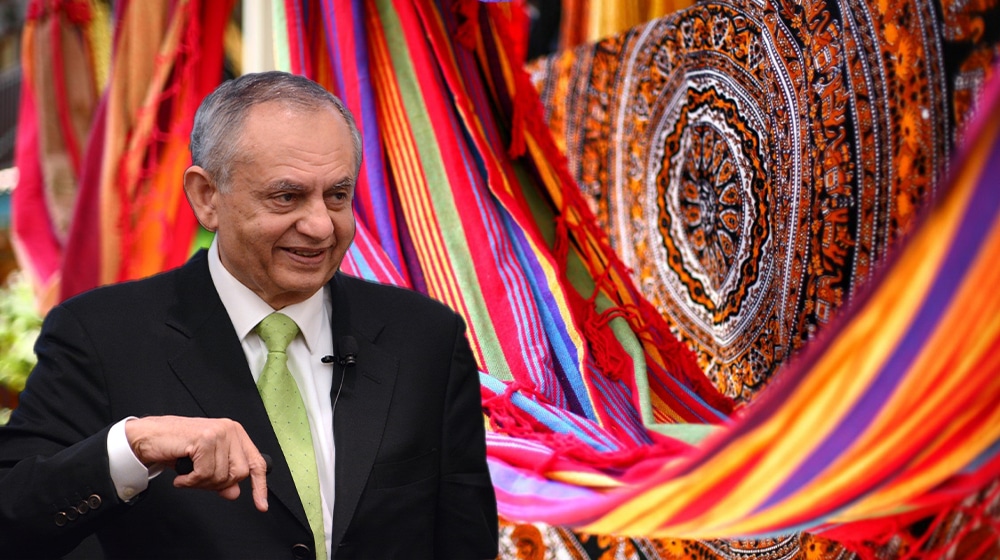 Pakistan’s textile exports are all set to surge to record highs in the remaining six months of the ongoing fiscal year, reported Bloomberg.

The Advisor to the Prime Minister on Commerce and Investment, Abdul Razak Dawood, said during an interview with Bloomberg that local textile exports would increase by 40 percent year-on-year (YoY) to a record $21 billion in the fiscal year ending in June. He further predicted this amount would climb to $26 billion in FY23, eclipsing the country’s entire exports the previous year.

After gaining an advantage over rival South Asian markets during the pandemic, Pakistan’s textile industry is lending hope to the country’s troubled economy. The Commerce Advisor said that during the pandemic, a major chunk of textile orders was diverted from Bangladesh and India to Pakistan.

“The other good thing that’s happening is we are now becoming competitive with Bangladesh. Three, four years ago, Bangladesh was really beating us,” he stated.

According to Dawood, the government aims to make an announcement next month on a program that will give incentives for exporting to new markets such as Africa, South America, and Central Asia. He also mentioned that the country is working to expand commerce with Central Asian countries, with whom trade has already increased to $120 million in the first six months of the current fiscal year, up from $14 million in the corresponding period last year.

While commenting on the overall trade picture, Dawood noted there is “very little” that can be done about the country’s imports, which are mostly driven by purchases of petroleum products and life-saving medicines. If oil prices reach $100 per barrel, Pakistan would be “under pressure,” he remarked. On the flip side, he expects food imports to fall this year, following high-rise agricultural yields.

It is noteworthy that Pakistan is hoping to boost exports to break free from its boom-bust economic cycles, which have forced it to approach the International Monetary Fund 13 times over the past four decades. Currently, amid a surging trade imbalance, the country is attempting to revive the $6 billion stimulus package from the global lender to fulfill its financial needs.