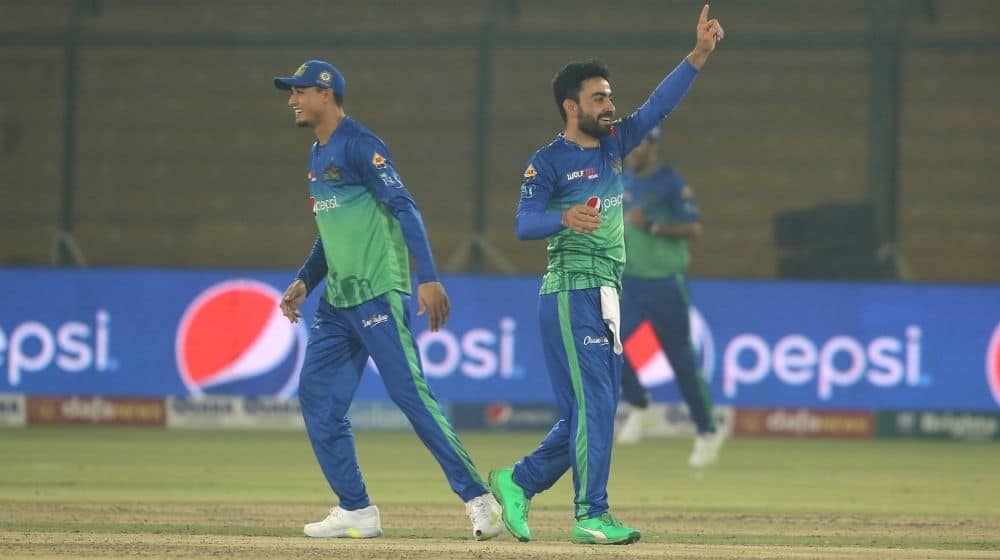 Multan Sultans won their fourth consecutive match in Pakistan Super League (PSL) 7 as they defeated Islamabad United by 20 runs. Multan extended their lead at the top of the PSL points table with four wins out of four while Islamabad maintained their second spot on the table despite losing the match

Multan Sultans scored the highest total of PSL this season as they smashed the Islamabad bowling unit all around the park. Tim David and Rilee Rossouw scored smashing half-centuries as they posted 217/5 on the board. David scored 71 off 29 balls while Rossouw scored 67 off 35 balls.

Islamabad struck back with a few blows off their own. Despite a magnificent batting performance by captain Shadab Khan, who scored 91 off 42 balls, Islamabad United were unable to pull off a historic run-chase. Khushdil Shah was the pick of the bowlers as he picked up 4 wickets for 35 runs.