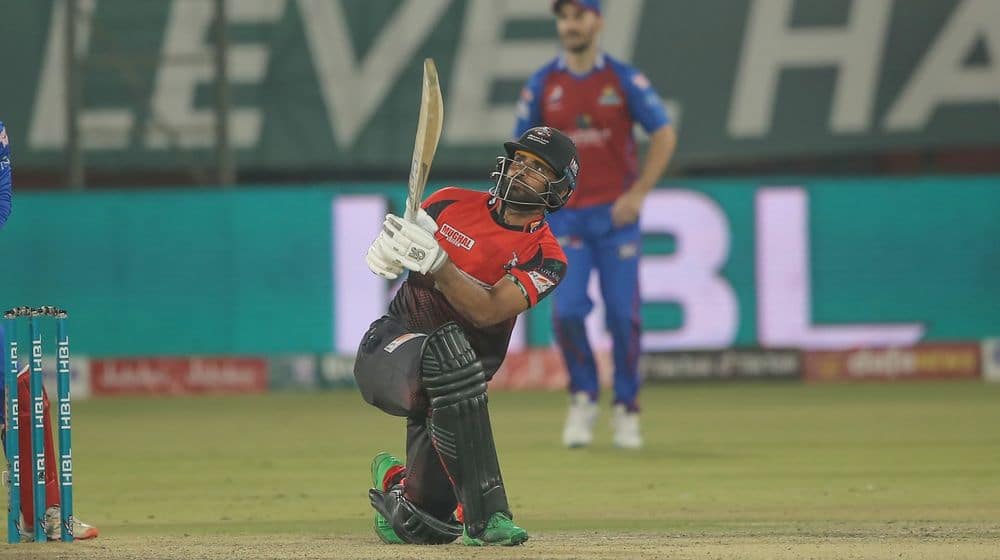 Lahore Qalandars’ left-handed opening batter, Fakhar Zaman, has broken yet another record as he became the leading runs scorer in a single edition of the Pakistan Super League (PSL) for his franchise, Lahore Qalandars.

In their last match of the Karachi leg on 7 February, Fakhar scored 70 runs off 45 balls against Quetta Gladiators and surpassed his former teammate, Umar Akmal, who scored 335 in the inaugural edition of PSL back in 2016.

Fakhar has scored 356 runs in five matches. So far, the aggressive opener has scored three half-centuries and a magnificent ton.

Fakhar Zaman, along with his teammates, has already arrived in Lahore, where the Qalandars will play their last five matches of the league stage of the marquee event. Lahore Qalandars and the unbeaten Multan Sultans will face each other on 11 February at Gaddafi Stadium, Lahore.