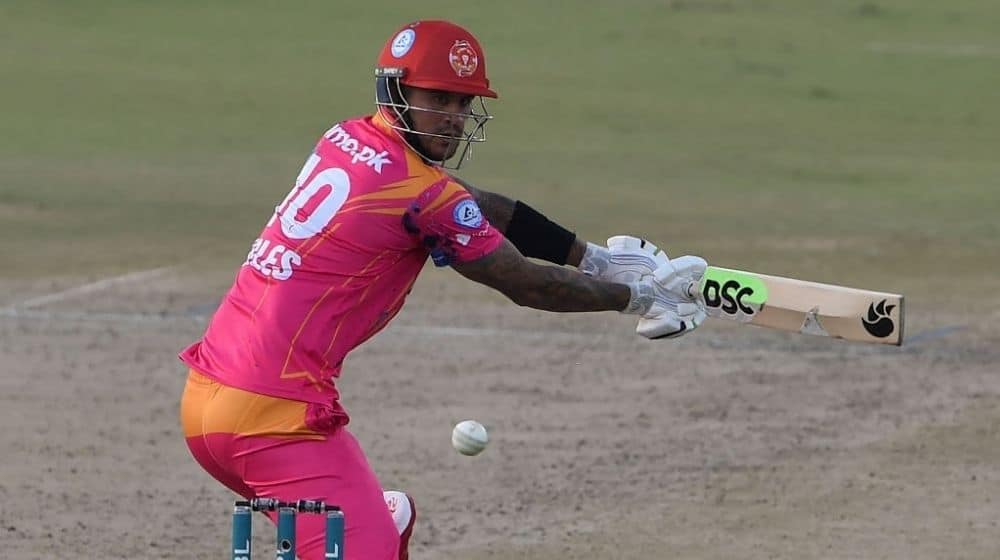 .@AlexHales1 has made a new friend

The heart-warming video garnered over 2,000 likes and over 160 retweets on Twitter while it garnered over 392k views and 51k likes on TikTok as the fans appreciated explosive English batter. PSL’s most successful franchise, Islamabad United have uploaded more exclusive fun videos of their stars on their new TikTok account.

Islamabad United will be hoping that Hales is not in such a jolly mood on the cricketing pitch as they face Quetta Gladiators in their next encounter in PSL 7. Islamabad currently sit at the second spot in the PSL points table, having won 3 and lost 2 of their opening five matches in the competition. The high-octane clash is scheduled for 12 February at National Stadium Karachi.

Hales has been in fine form at the top of the order for United. He has scored 168 runs at an average of 42.00 and a strike rate of 158.49 in 5 innings he has played so far in the tournament.