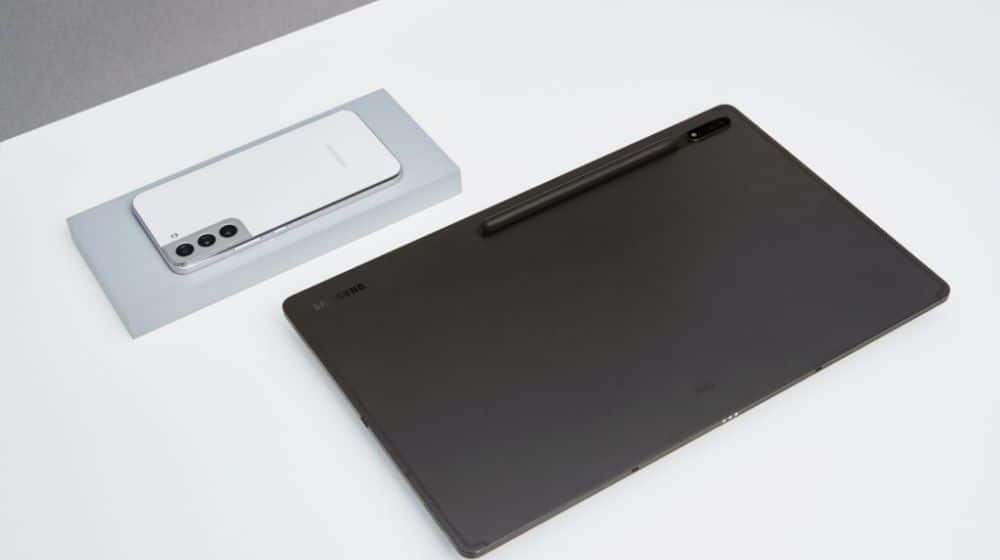 The South Korean tech giant launched the highly-anticipated flagship Galaxy S22 series along with its latest generation of Android tablets, the Galaxy Tab S8 lineup, on Wednesday at its annual Galaxy Unpacked event.

Other than being launched under the same brand’s umbrella, these two devices have two other things in common, i.e., Armor Aluminum and Corning Gorilla Glass Victus+.

The company had unveiled its armor aluminum frames last year, with the Galaxy Z Fold3 as well as the Galaxy Z Flip3, claiming that this was the strongest aluminum to make its way to the modern-day tech.

In less than a year, we see this material being used on the newly introduced Galaxy S22 series as well as the Galaxy Tab S8 lineup. For the latter, the firm says that the material is over 30% more scratch-resistant and is 40% less prone to bending than the Galaxy Tab S7 series.

However, this is not the only impressive thing about these devices. Apart from new frames, the recently launched smartphone and tablet series also come bearing Corning Gorilla Glass Victus+ protection for their displays. Unlike the plastic rear panel of last year’s series, this year, all three handsets come with Corning Gorilla Glass Victus+ protection on their backs as well.

However, despite featuring the strongest aluminum and glass, users may want to protect their latest Samsung Galaxy devices from accidental falls by using a case, since glass is glass and when it falls it can break.