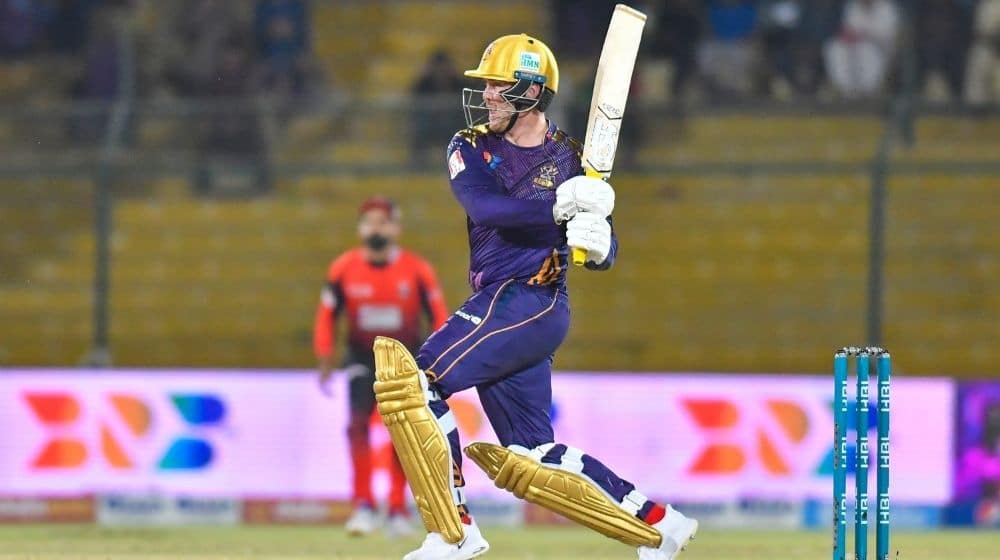 Quetta Gladiators batter, Jason Roy has been fined five percent of his match fee for a Level 1 breach of the Pakistan Super League (PSL) Code of Conduct during the recent match between Quetta Gladiators and Lahore Qalandars at the Gaddafi Stadium on Sunday.

Roy was found to be in violation of Article 2.21 of the PSL Code of Conduct for Players and Player Support Personnel, which relates to “conduct that brings the game into disrepute,” following his reaction after he was adjudged caught behind by Umpire Asif Yaqoob.

There was no formal hearing as Roy admitted the offense and accepted the penalty proposed by the match referee, Roshan Mahanama. The charges were leveled by the on-field umpires, Asif Yaqoob and Michael Gough, third umpire, Rashid Riaz, and fourth umpire, Waleed Yaqoob.

All first-time offenses of Level 1 breaches carry a minimum penalty of an official warning and/or imposition of a fine of up to 25 percent of the applicable match fee.