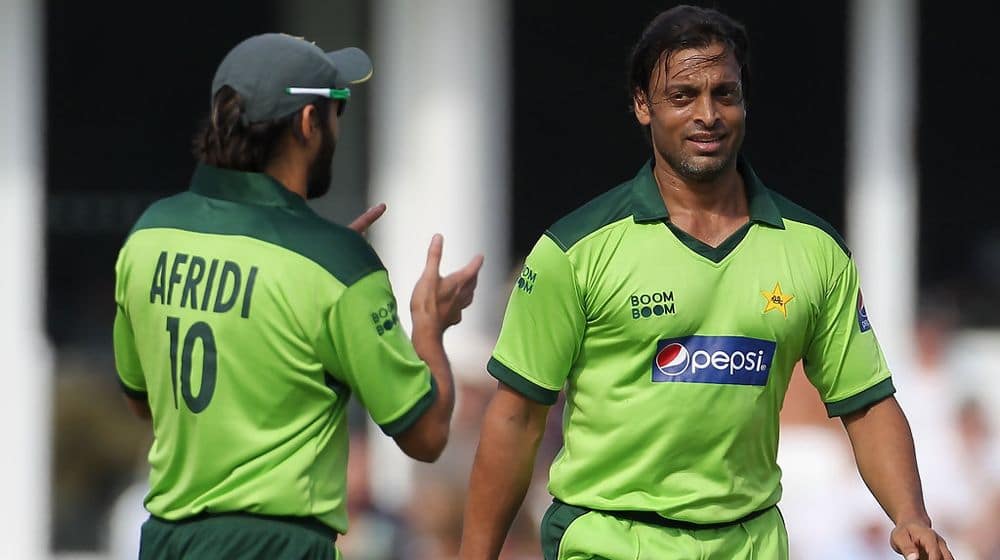 Shahid Afridi and Shoaib Akhtar began their international career almost the same year and remained an integral part of the Pakistan team. The duo has played a lot of cricket together and supported each other both on and off the field.

While the duo has taken a few jibes at each other, there is no love lost among the two. With the recent announcement of retirement from Shahid Afridi, the fastest bowler in the world posted a farewell message for the hard-hitting all-rounder on Twitter.

Akhtar tweeted, “Rest, Lala. Is umar main yeh ishq nahi asaan (this love is not easy at this age).”

Shahid Afridi had announced his retirement from international cricket in 2016. However, he continued playing in league cricket to entertain his fans.

It is pertinent to mention that Shahid Afridi had announced prior to PSL that the seventh edition would be his last appearance in the league but the injury, which he has been struggling with for over 16 years, prompted him to retire earlier. In a YouTube video, Afridi shared, “An old injury has made it difficult and the pain it is causing has become unbearable that I can’t endure it anymore.”

“My entire body was aching right from the first game [in PSL 7], and last night, it became excruciating,” Afridi informed in an interview to a news channel. “I know it’s a difficult decision, but health comes first,” he added.

Shahid Afridi has featured in every edition of the Pakistan Super League so far. He has represented Peshawar Zalmi, Karachi Kings, Multan Sultans, and Quetta Gladiators.