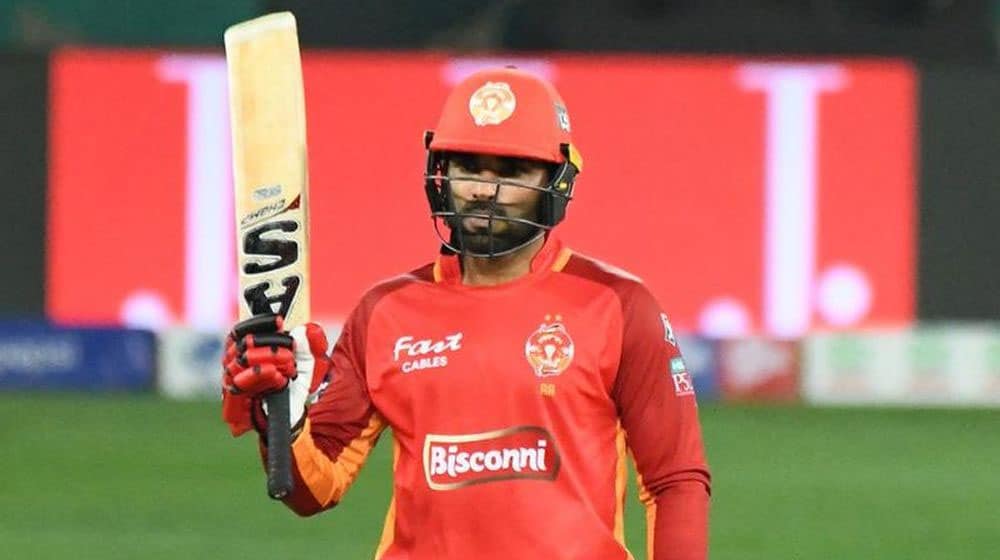 The hilarious reaction of the Islamabad United wicket-keeper, Azam Khan, to Asif Ali getting a wicket in the match between Islamabad United and Karachi Kings has gone viral on social media.

The viral video shows the wicket-keeper, Azam Khan sitting down, removing his helmet, and covering his face with his hands in disbelief instead of running towards the bowler when the part-time spinner, Asif Ali, clean bowled Muhammad Nabi.

Last night’s match between Karachi Kings and Islamabad United was a rollercoaster ride. The thrilling encounter witnessed extreme uncertainty, injuries, new records, last-minute lightning shots, run-outs, but the one feat that stood out the most was the hard-hitting batter and part-time spinner, Asif Ali, bagging two wickets.

During the match, Islamabad United’s key bowlers, Shadab Khan and Zeeshan Zameer, were forced to leave the field in the early stages of the second innings due to injuries. Asif Ali, who was outstanding with the bat, got the chance to bowl three overs in their absence and took two crucial wickets of Sharjeel Khan and Muhammad Nabi in his first over.

Asif Ali was awarded player of the much important match for his all-around performance. The right-handed hard-hitter scored 28 runs off 11 balls and then went on to take two crucial wickets in his three overs.

Here is how the cricket fans reacted to the hilarious video.

“No Shadab? No problem.” pic.twitter.com/dVr7UqBurq