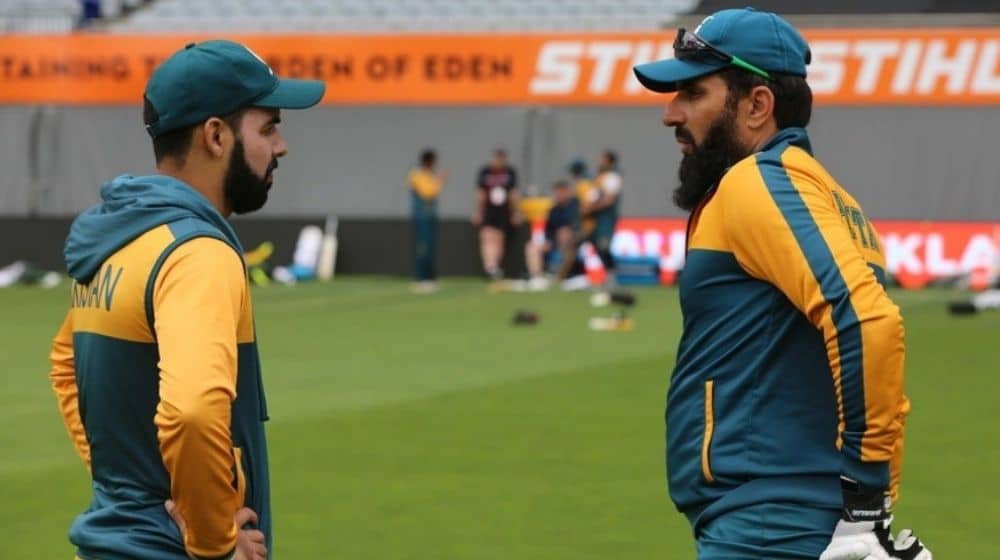 Misbah-ul-Haq is not a fan of Shadab Khan’s captaincy after he preferred Hassan Ali and Muhammad Wasim over Zeeshan Zameer and Waqas Maqsood in the crucial game against Quetta Gladiators. Former Test captain also claimed that he trusted Shadab Khan when he was an emerging player in Islamabad United.

Giving his review on Shadab Khan’s captaincy after Islamabad United lost a thriller to Quetta Gladiators, Misbah-ul-Haq said, “Waqas Maqsood bowled very well, but they kept him out for no reason. It is not compulsory to keep going with the main bowler even if he is out of form. If an emerging player is bowling well, you should have trust in him.”

Claiming his trust boosted Shadab Khan’s confidence as an emerging bowler, former Islamabad United skipper added, “Even ask Shadab that when he was an emerging player if I ever did not complete his overs, if I ever let him bowl only one over. I always made Shadab bowl like a main bowler that is why he is Shadab Khan today.”

Criticizing the young captain, Misbah further said, “Don’t do this with your emerging players. If Mubasir is being played, then he is neither batting nor bowling. The other emerging player [Zeeshan Zameer] even when he bowled the first over well, Shadab didn’t trust him to bowl another over.”

When questioned about letting Hasan Ali bowl the last over against Quetta Gladiators despite his rough patch, the captain Shadab Khan said, “Looking back now there are many things that could have been done differently but at that time, I decided not to put the young player [Zeeshan Zameer] under pressure and go with the senior bowler in crucial times.”

Islamabad United had lost an important match as Quetta Gladiators chased 200 with Hasan Ali and Muhammad Wasim conceding plenty of runs at the rate of 13.36 and 15.25, respectively.