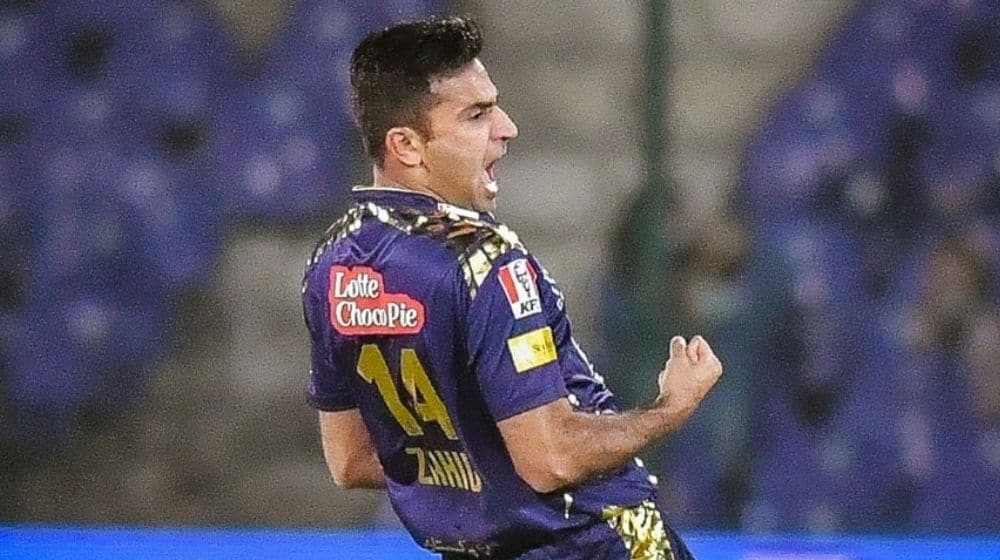 Leg-spinner, Zahid Mehmood has joined Islamabad United providing support in the absence of Shadab Khan. The emerging player will consequently miss the training camp in Karachi for the upcoming series against Australia.

Zahid Mehmood has been included in the squad as Islamabad United lost key players due to injuries. The biggest setback for the franchise is skipper Shadab Khan’s injury. The star spinner suffered a groin injury in the match against Karachi Kings.

In this regard, Shadab Khan will not play the next match against Peshawar Zalmi. It is to be noted that Zahid Mehmood has not replaced the star spinner, but he has been added to the squad as a backup for Shadab Khan.

Following his inclusion in PSL 7, Zahid Mehmood will not join the training camp in Karachi. Furthermore, fast bowler Irfan Ullah has also skipped the camp after testing positive for COVID-19. The emerging bowler from the under 19 team, Muhammad Zeeshan has joined the camp as his replacement.