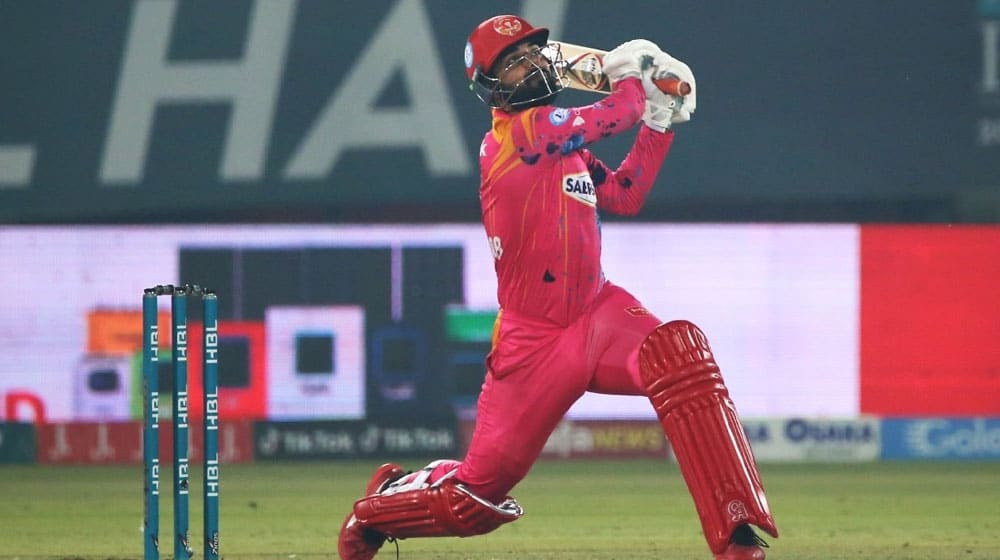 Islamabad United have suffered a major blow halfway into the second round of PSL 7. Shadab Khan and Zeeshan Zameer have been ruled out of the next match against Peshawar Zalmi.

Islamabad United’s skipper, Shadab Khan has again fallen prey to his old groin injury soon after recovery. He had walked back without bowling a single delivery against Karachi Kings. It is the biggest loss for Islamabad United as the skipper is currently the highest wicket-taker of PSL 7.

Shadab Khan has also been brilliant with the bat, scoring crucial runs for his team. The extent of Shadab Khan’s injury is not yet known and he will go through screening soon. Vice-captain, Asif Ali will lead the side in the next match against Peshawar Zalmi.

On the other hand, young pacer Zeeshan Zameer also suffered an injury in his second match of PSL 7 against Karachi Kings. The young bowler sent back Babar Azam before leaving the field due to side strain. According to reports, Zeeshan Zameer will not be available for Islamabad United’s eighth match of PSL 7.

Islamabad United seem to be in serious trouble since they have lost their arms. Shadab Khan, Zeeshan Zameer, and Colin Munro are battling injuries while Alex Hales has pulled out of the remaining PSL due to personal reasons. Paul Stirling had left the team earlier for national duties and Rahmanullah Gurbaz will also be leaving PSL soon.

Islamabad United now, after losing their main players, need to rebuild the squad prior to crucial matches.

Islamabad United are currently ranked at third position, following Multan Sultans and Lahore Qalandars. ‘Men in Red’ have won 4 out 7 matches until now.