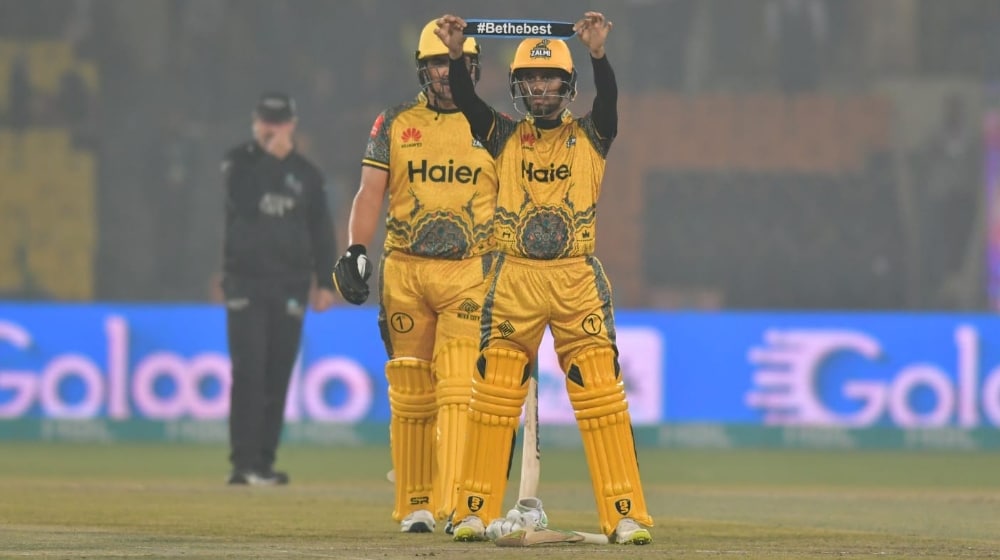 Opening batting for Peshawar Zalmi, the 20-year-old batsman wreaked havoc on United bowlers, hitting 4 sixes and 5 fours. Batting at an incredible strike rate of nearly 250, Muhammad Haris brought up his fifty off only 18 balls. With this, the young batter leveled the record of Tim David and Paul Stirling to score the joint-fastest fifty of the seventh edition of Pakistan Super League.

Paul Stirling had set the record when Peshawar Zalmi and Islamabad United met in the first round of PSL 7 at the National Stadium, Karachi. Tim David had also joined him later when Multan Sultans defeated Peshawar Zalmi in their last match of Karach-leg of PSL 7.

Here’s a list of five fastest fifties scored in PSL 7: