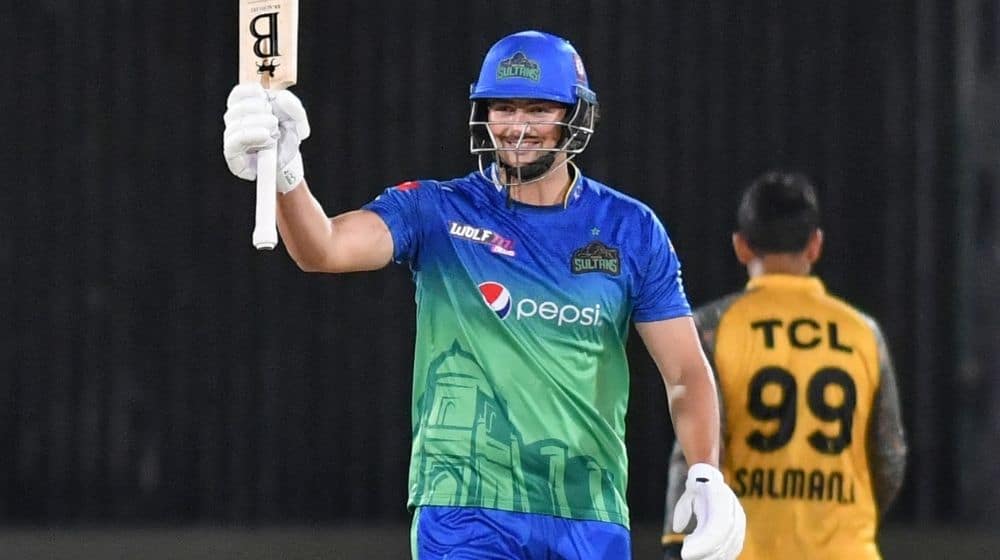 Multan Sultans’ explosive batter, Tim David is enjoying his time in the ongoing Pakistan Super League (PSL) 7. David revealed the details of his time in Pakistan in a recently held interview.

David said that he has had a great experience in the PSL for the past two years and it has been a great learning curve for him as he gets to face some of the best bowlers in world cricket. He added that he is always trying to improve his game and to play in testing conditions in Pakistan has been great for his game.

The middle-order batter also talked about the rumors of him being called up to Australia’s limited-overs side for the first time. He said that it makes him happy that the national selectors are considering him for the national side but for the time being he has not paid much attention to it as he is fully focused on the task at hand which is to help win Multan Sultans their second consecutive PSL title.

The 25-year old also shared some interesting stories about his time in Pakistan. He revealed that he has learned a few phrases of Urdu from young fast bowler Shahnawaz Dahani. He said that the two phrases he likes are ‘Meri Jaan‘ (My Love) and ‘Buhat Aala‘ (Very Nice).

David further revealed that he is loving his time in the country and praised the exceptional hospitality of Pakistanis. He said that the people of Pakistan are extremely friendly and passionate. He joked that the food in Pakistan is just like the people in Pakistan, as the spices are very passionate but not so friendly.

Check out the video of the interview here: