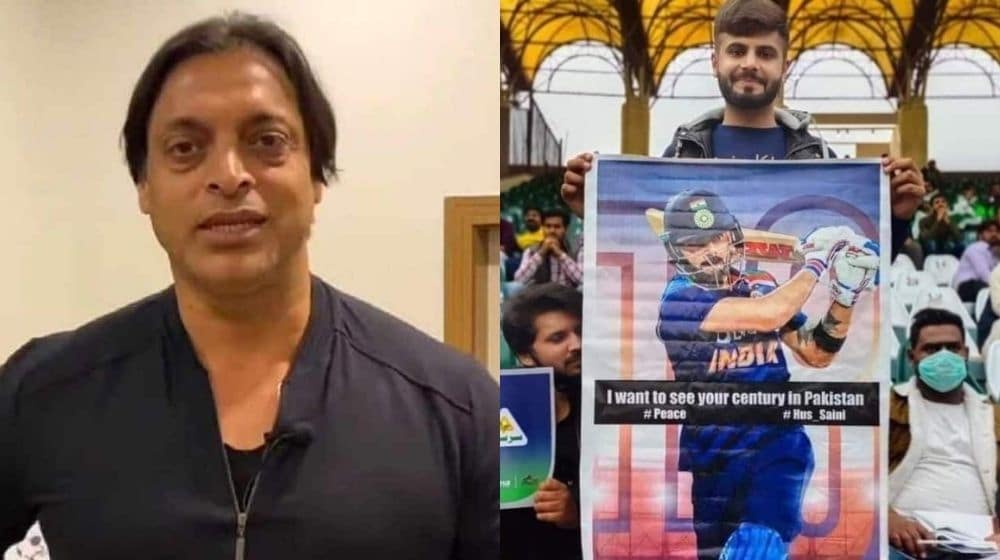 A fan recently held a banner for Virat Kohli in Gaddafi Stadium Lahore during PSL and the picture went viral on social media. With people reacting to the poster for the Indian batsman in PSL, Shoaib Akhtar has also given his take on the viral photo.

During the match of PSL 7, a fan displayed a poster with Virat Kohli’s picture and a message for the star Indian batsman. The message read, “I want to see your century in Pakistan”. The poster also promoted a message of peace between the two countries.

Shoaib Akhtar praised the act, terming it a lovely gesture as cricket unites the two nations. Taking to his Twitter account, the legendary fast bowler shared the viral image and wrote, “Someone spreading love at Gaddafi Stadium.”

Netizens appreciated the message calling it a symbol of peace between the archrivals. It has been noted that Indian batsman is much loved among the Pakistani cricket fans despite the rivalry and the cricket lovers have been praying for Virat Kohli’s next century.