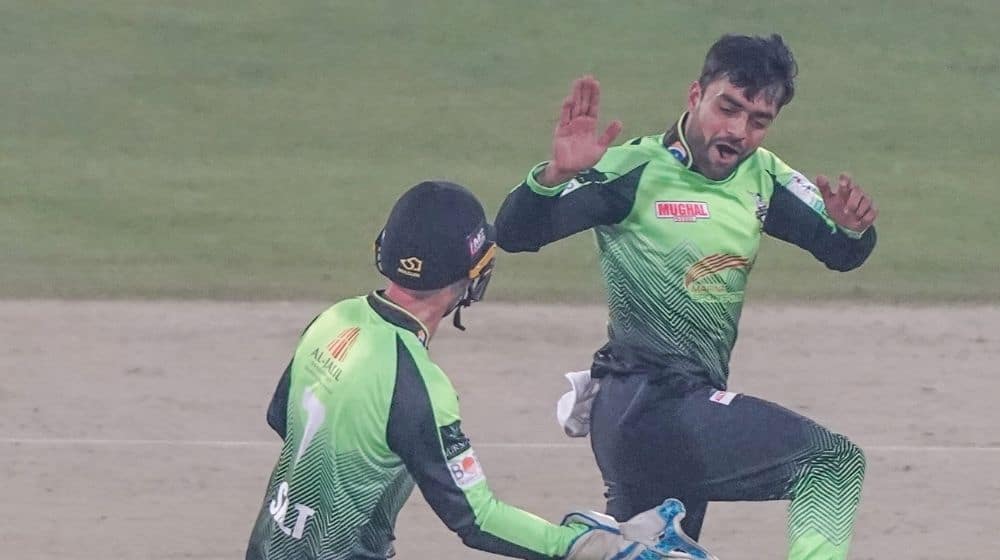 Lahore Qalandars’ star player, Rashid Khan will not be taking part in the remainder of Pakistan Super League (PSL) 7 due to international commitments. Rashid has been an integral part of Qalandars’ squad in their magnificent run in the campaign and was a crucial part of their world-class bowling unit.

Rashid shares a good camaraderie with the rest of his teammates and is considered one of the leaders in the dressing room. Rashid had an emotional send-off from his Lahore teammates as they offered him a guard of honor in his last match in the competition on Saturday against Islamabad.

The 23-year old shared a heartfelt message with his teammates in the dressing room after his last match. Rashid said that he will forever be grateful to Lahore for picking him in PSL and he is always available for them no matter which category they pick him in.

The platinum star said that for him the category does not matter as he feels a part of Lahore’s family.

Here’s the video of Rashid’s speech:

Rashid added that he will be rooting for Lahore from Bangladesh and wished his team the best of luck for the remainder of the tournament. He said that he cannot wait to see Shaheen lift the PSL trophy and bring Lahore their first PSL title.

Lahore will face Peshawar in their last group match in the PSL. The match is scheduled to commence at 7:30 pm tonight at Gaddafi Stadium, Lahore.