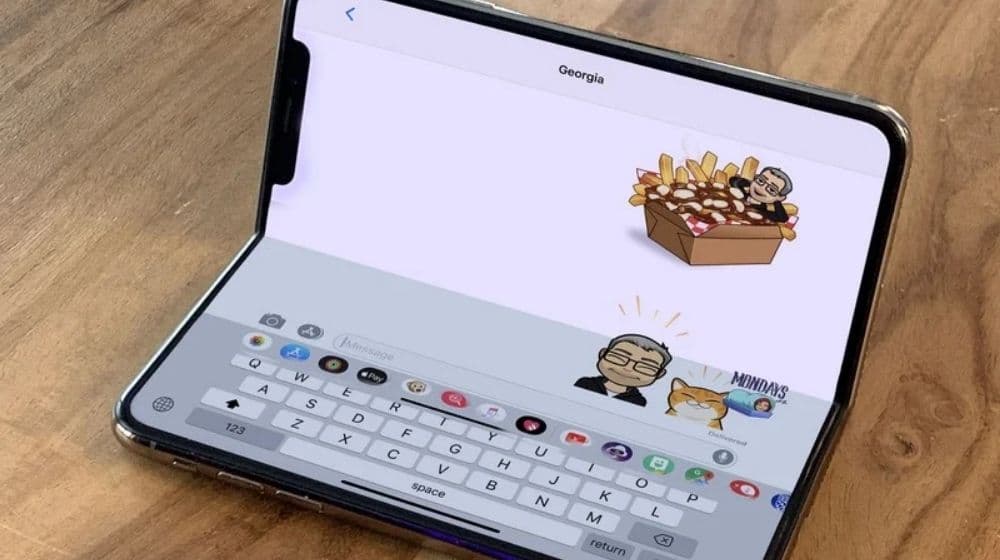 Apple is reportedly working on a foldable tablet with a 20-inch display. The device has been described as a hybrid between an iPad and a MacBook by Apple tracker Mark Gurman in his Power On newsletter.

The upcoming device will feature a “dual-screen” with no physical keyboard or trackpad. All tasks will be performed using the touch screen display. The device can be used as an iPad or a MacBook depending on the needs of the user.

CEO Display Supply Chain Consultant, Ross Young also stated that the company has been trying hard to explore foldable display technology for a long time. Young had previously highlighted Apple’s potential plans of developing a device with a large, folding screen. He commented:

We are now showing Apple in our roadmap for foldable notebooks. We hear there is interest at the largest size yet, around 20’. This size could create a new category for Apple and would result in a true dual-use product, a notebook with a full-size keyboard when folded and for use as a monitor when not folded and used with an external keyboard. It may also allow for UHD/4K resolution or even higher at that size.

Both sources suggest that Apple is likely to launch the device sometime in 2026 or 2027. For now, the company is rumored to soon launch a new iPad Air and Mac at its long-rumored spring event.