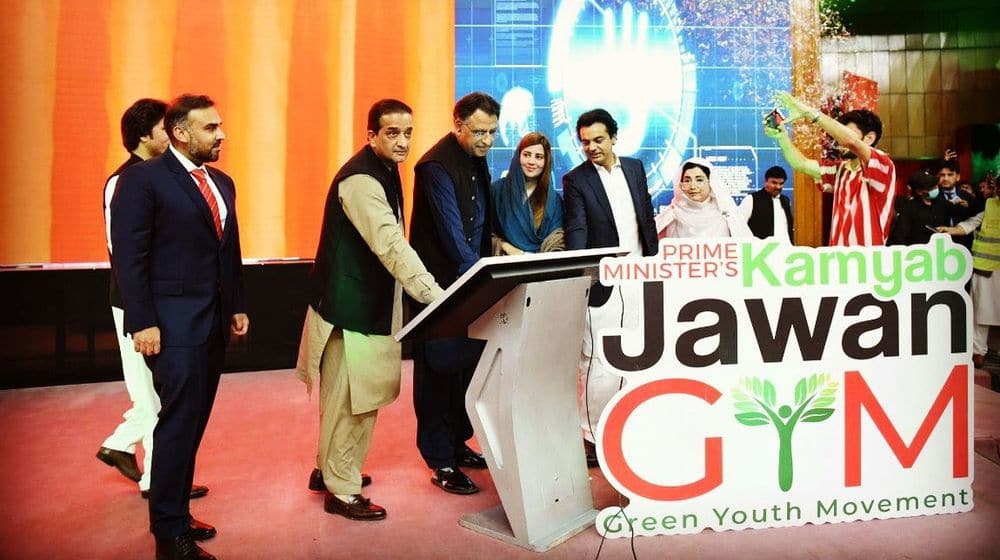 The government on Thursday launched the Green Youth Movement (GYM) under the Prime Minister’s Kamyab Jawan Program to promote an eco-friendly culture across the country by engaging youth in achieving the objectives of Prime Minister’s ‘Clean and Green Pakistan’ vision.

In this connection, the inaugural ceremony was held at the Convention Center, Islamabad, which was attended by Federal Minister for Planning and Development, Reforms and Special Initiatives, Asad Umar; Minister of State for Climate Change, Zartaj Gul; Special Adviser to Prime Minister on Youth Affairs, Usman Dar; Executive Director Higher Education Commission, Dr. Shaista Sohail; and Country Director British Council Pakistan, Amir Ramzan, along with a large number of youth and students from various universities.

Reiterating the PTI government’s commitment to making Pakistan clean and green, Federal Minister Asad Umar said the GYM initiative would play a significant role in mitigating the impacts of climate change on the environment. Pakistan is facing climate change challenges as it is the 10th most-affected country from climate change, he said, adding that the new under-construction dams will be completed in the next five to seven years.

Explaining the initiative, the minister said that it will prove to be a milestone in engaging youth, enhancing their capacity and skills, and achieving growth.

Zartaj Gul said the Kamyab Jawan Program was designed as per the Prime Minister’s vision of producing a skilled young generation to ensure the betterment and prosperity of the country.

The green champions under the GYM initiative will represent Pakistan in other countries and learn new approaches to address climate change, he added.

In his remarks, Country Director British Council Pakistan said that the British Council was delighted to partner with the Government of Pakistan on GYM. It is the initiative that will define the future of our youth, he remarked.

Executive Director HEC, Dr. Shaista Sohail said that the GYM initiative, in collaboration with the British Council and School of Leadership Foundation (SoLF), would engage 137 universities and 2.5 million youth, while over 65,000 jobs would be created.

The GYM initiative is being supported by British Council’s new youth leadership program called “Pakistan Youth Leadership Initiative” through technical support via training, digital engagement, and international linkages. The School of Leadership Foundation (SoLF) is extending its support to the British Council in mobilizing the youth and creating GYM clubs across 137 public sector universities through Green Elections.

The British Council will invest £2.8 million to support the GYM initiative, whereas the Pakistan government has already invested Rs. 238 million for this much-needed initiative.