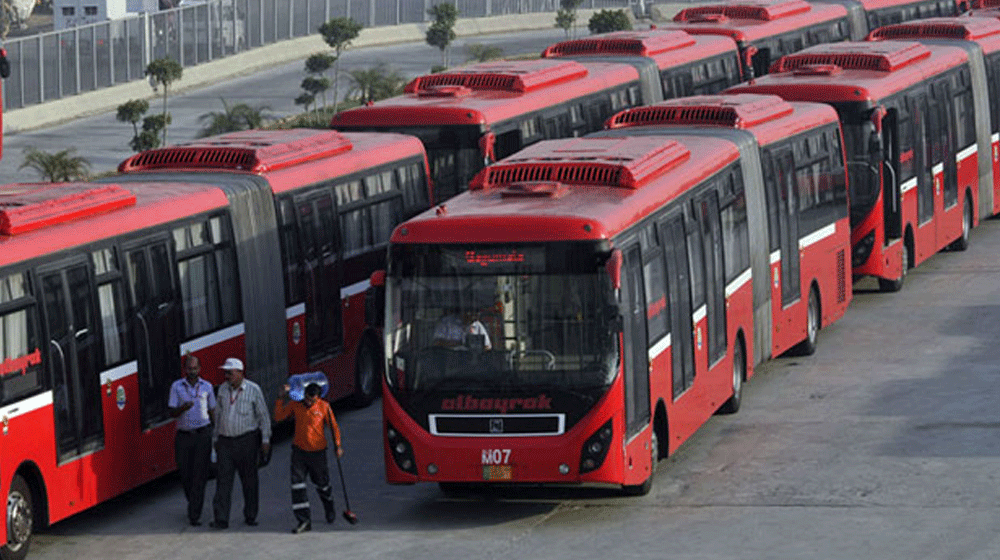 According to Dawn, CDA is expediting efforts to complete seven bus stations and a platform at the airport and has begun taking bids for their swift development.

A spokesperson for Metro Bus Service said that the buses were originally supposed to arrive in Pakistan on March 15, 2022. However, their shipment from China has been postponed. He added that:

We have requested PNSC to help CDA. As per agreement, bringing buses from China is the responsibility of the contractor but PNSC’s help was sought in this regard as currently due to Covid-19 issues, the contractor is facing difficulty in getting space in ships.

An officer highlighted that the buses will arrive in a month. He added that the shipment is yet to depart from China and once it does, it will reach Pakistani shores in two weeks.

Then the buses will remain at the docks for two more weeks on account of customs clearance. Therefore, the service cannot be mobilized before the end of April, he implied.

Peshawar Mor to Islamabad Airport Metro Bus Service has been shrouded in problems. The project was to be completed in 2018, however, it faced multiple delays due to operational difficulties.

One of the major issues is the lack of interest among authorities. Around the original time of completion, National Highway Authority (NHA) stated that its responsibility was only to construct the track and not to look after the operation of buses.

Likewise, Punjab Mass Transit Authority, which is already operating the service, refused to do so in the federal region. Meanwhile, CDA also stated it will only look after the maintenance and has no concern with the bus service.

This caused the government to intervene and direct CDA to fully take over the service in Islamabad. Now the authority awaits assistance from PNSC to procure the buses and operationalize the service.