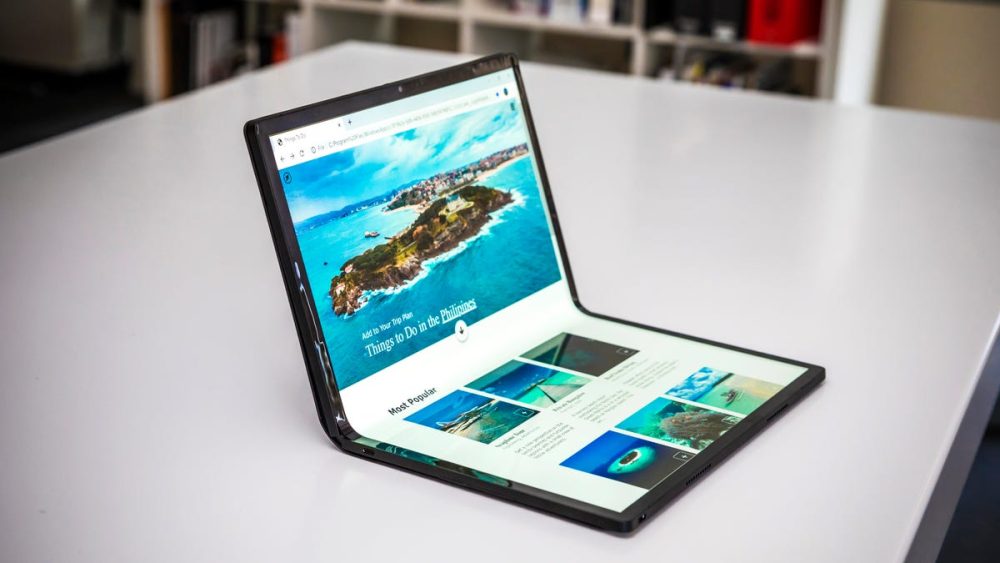 HP could soon become the third company to launch a foldable screen laptop, says a new report from Korean tech blog TheElec. The report says it is quite possible that “foldable OLED” will soon become a common term among laptops.

According to the Korean report, HP’s take on foldable OLED will be bigger than Lenovo’s ThinkPad X1 Fold, which is a 13.3-inch laptop. HP is working with a 17-inch panel instead, which is reportedly sourced from LG display. It will measure 11-inches once its folded.

HP hasn’t officially announced any of this yet, but reports from other sources make it seem plausible. For instance, LG Display confirmed that its working on a 17-inch foldable OLED screen during January. The display maker plans to make around 10,000 foldable OLED panels for HP, starting in Q3 2022.

Furthermore, the report points out that another South Korean display company SK IE Technology will be working on transparent polyimide films to cover the bendable 4K OLED panels.

If HP’s foldable screen laptop becomes reality, it will be facing some tough competition from Asus and Lenovo. But since HP is of the world’s top three laptop makers in the market, we wouldn’t be surprised if other brands also start producing their own foldable OLED laptops as a result.