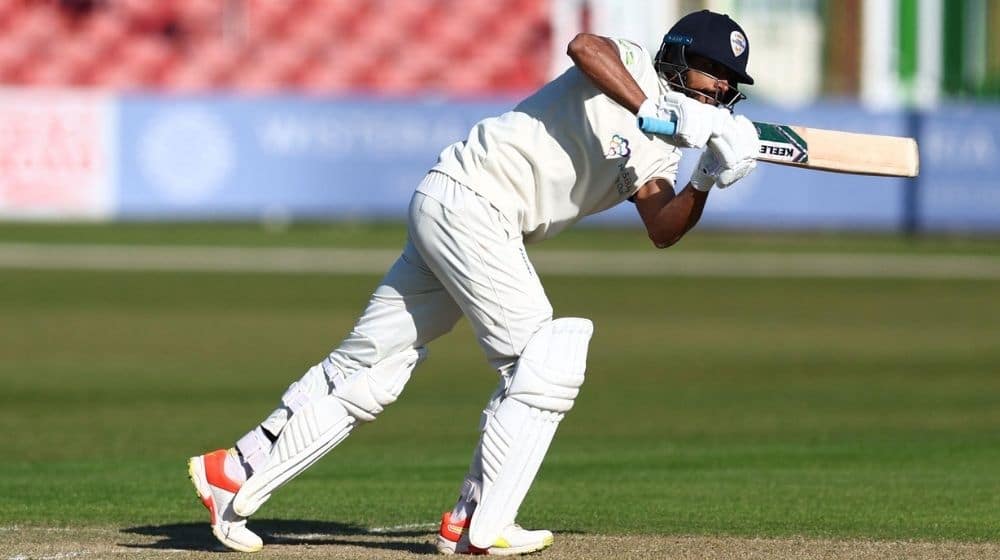 Pakistan’s opening batter, Shan Masood has been nominated for the Professional Cricketers’ Association (PCA) player of the month award after an impressive run of performances in the ongoing County Championship.

The PCA is the representative body for first-class cricketers that take part in the county championship. The body represents every past and present player in England and Wales.

Masood, along with Lahore Qalandars’ emerging star, Harry Brook, Hampshire’s Keith Barker, and Kent’s Ben Compton have been nominated for the award.

Shan Masood, who has 713 County Championship runs this season at an average of 118.83, has been nominated for the PCA's Player of the Month award.

Masood has been exceptional in the ongoing County Championship. He is currently the leading run-scorer in the competition across its two divisions and his performances have led Derbyshire to the second spot as they look to finish within the first three positions to secure promotion to the first division.

The stylish left-handed opener has scored 713 runs at an average of 118.83. In his 6 innings, Masood has crossed the 50-run mark on 5 occasions including back-to-back double-centuries.

The 32-year-old will be looking to continue his rich vein of form in the rest of the competition and return to the playing XI of the national team. Masood has not represented the national side since Pakistan’s tour of New Zealand in early 2021.

He did manage to make a comeback to the squad in Pakistan’s Test squad against Australia but was not included in the starting line-up in the three-match series.