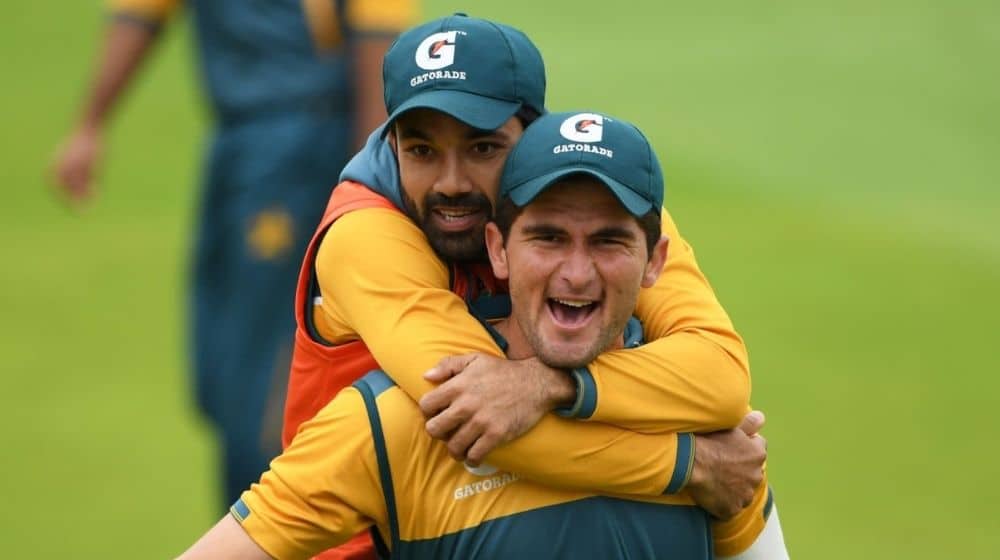 Legendary Sri Lankan cricketer, Mahela Jayawardene, has included Pakistan’s Shaheen Afridi and Mohammad Rizwan in the first five players he would pick in his dream T20I line-up. Jayawardene believes that Shaheen and Rizwan’s prowess in T20I cricket over the past year makes them the ideal players to be included in the current T20I line-up.

The former Sri Lankan captain’s first pick was Rashid Khan due to his world-class ability and flexibility in the line-up. Jayawardene stated that the most important aspect of T20 cricket is having a world-class bowling unit. He said that Rashid is one of the best bowlers in the world and his ability to bat lower down the order makes him an ideal player for the shortest format of the game.

The 44-year-old’s second pick was Shaheen Afridi. He stated that Shaheen’s new ball prowess is the best in the world and his bowling at the death is lethal. He said that Shaheen’s ability to swing the new ball in both directions makes him a big asset for any side and is a great attacking option to have.

Bumrah was Jayawardene’s third pick due to his wicket-taking ability. He stated that Bumrah’s death bowling is one of the best in the world and he also has the ability to bowl in different phases of the innings. Jayawardene went on to pick Jos Buttler as the opener of his dream XI. He stated that Buttler has the ability to play pace and spin equally well and can destroy bowling units.

Former middle-order batter picked Mohammad Rizwan as the wicket-keeper batter in his side. He stated that Rizwan is an excellent player of spin and has complete control of the situation when he bats. He said that while Rizwan has been exceptional as an opener, he would select him in the middle order due to his busy nature of building the innings.

Jayawardene finally picked a 30-year-old Chris Gayle as a retired international player he would pick in his side. He stated that Chris Gayle in his prime would make an amazing combination with Buttler at the top of the order as both the players have the ability to change the game.

Who would make your Dream T20I XI? Write down your comments!