Sanctions against Russia seemed like such a good idea. Russia, so the conventional wisdom went, would be economically crippled and be forced to rethink her military invasion of Ukraine. And to begin with, all seemed to be going to plan. As soon as sanctions were imposed, the Russian currency took a massive hit, trading at 139 Roubles to the Dollar – down 40% before the invasion of Ukraine.

The effects of sanctions seemed so clear and successful that US President Joe Biden was prompted to comment mockingly that the “Rouble had become rubble”. It was a cheap shot, made worse, perhaps, by the fact that it wasn’t exactly comedy gold. One can forgive hubris, but bad comedy, never!

President Biden must now be regretting his dubious foray into stand-up comedy. Because the fact is that the Rouble, against all the odds, and with a robust middle finger to western sanctions, has roared back and is now the world’s top-performing currency. It has bounced back to an even stronger position than before the invasion and the imposition of sanctions – currently holding at around 70 Roubles to the Dollar.

Russia is doing something right and has managed, so far,  and against all odds, to stave off the worst effects of the sanctions.

Analysts are asking whether the sanctions are working, or not. US Secretary of State, Anthony Blinken, and other proponents of sanctions have had to defend the sanction policy saying that the artificial measures taken by Vladimir Putin to prop up the Russian economy are unsustainable in the long term.

While the measures taken by Putin may be viewed as a calculated manipulation of the market to artificially hold the Rouble steady, the fact cannot be denied that, in the face of almost universal opposition, Russia is doing something right and has managed, so far,  and against all odds, to stave off the worst effects of the sanctions. With no run on Russian banks and only a negligible increase in inflation, Russian citizens are unlikely, just yet, to start storming the Kremlin to oust Mr. Putin.

So, does this mean that all the accumulated wisdom about sanctions being an effective form of leverage against recalcitrant leaders was wrong? The West would have us believe not. And, indeed, sanctions have, in the past, been shown to work against other wayward heads of state.

So, why not this time?

Well, to begin with, Russia has done a great deal throughout Vladimir Putin’s tenure as PM, and later as President, to shore up and rebuild her economy after it almost collapsed in the late 1990s. Judicious economic alliances with the old European economies as well as with emerging ones such as India and China meant that a lot of the immediate effects of sanctions were more easily absorbed.

Also, despite the Western allies’ concerted efforts to win over China and (particularly) India, they, as well as others, continue to trade with Russia. Even European nations opposed to the Russian invasion of Ukraine are forced by circumstance to rely on Russia for natural gas and oil, while an alternative viable provider is sought.

It is, however, the measures taken since sanctions began that have shown Vladimir Putin’s true economic mettle.

The main weapon in Russia’s defense against financial collapse is the aforementioned huge reserves of oil and gas, which are being ‘reluctantly’ bought by foreign nations. This is a welcome lifeline for Putin and translates into a significant trade surplus in Russia’s favor which essentially neutralizes the effects of sanctions.

Brendan McKenna, a Senior Strategist at Wells Fargo Securities, LLC thinks that the current-account surplus will be a source of ongoing stability for the Rouble. “If energy prices remain high and major importers of Russian energy and commodities continue to purchase, the current account should remain in surplus,” he said.

It is not just the oil and gas reserves, however, that is propping up the Russian economy. Vladimir Putin has enacted a number of other measures which are allowing him to counteract the worst effects of sanctions.

These measures include freezing the assets of non-resident investors and forcing Russian companies to convert 80% of the foreign currencies they hold into roubles. This has helped ensure a steady demand for the Rouble and the move has been instrumental in propping up the economy. Interest rates, also, have been increased to 20% and restrictions have been placed on citizens who wish to send money abroad – yet another measure designed to ensure that foreign currency stays in Russia.

While such stringent measures may hurt, the Russian business community and the Russian people are in no position to argue. The alternatives are a return to the bad old days of hyperinflation that Russians faced shortly after the fall of Communism, and a full-blown economic collapse.

While opposition to the war grows at home, and as his troops remain bogged down in a conflict they thought they would wrap up in mere days, the expected economic disaster the Russian population feared has not materialized.

The result of these measures has been a resounding success for Putin and a blow to those allied against him. Despite being isolated economically, Bloomberg Economics predicts that Russia will earn almost $321 billion from energy exports. To put this figure into context, this is up almost a third from 2021. This is no small victory for Mr. Putin. While opposition to the war grows at home, and as his troops remain bogged down in a conflict they thought they would wrap up in mere days, the expected economic disaster the Russian population feared has not materialized.

This, at least, affords President Putin some more time to achieve his military objectives without the need to worry about hunger and starvation forcing his population to take to the streets against him. 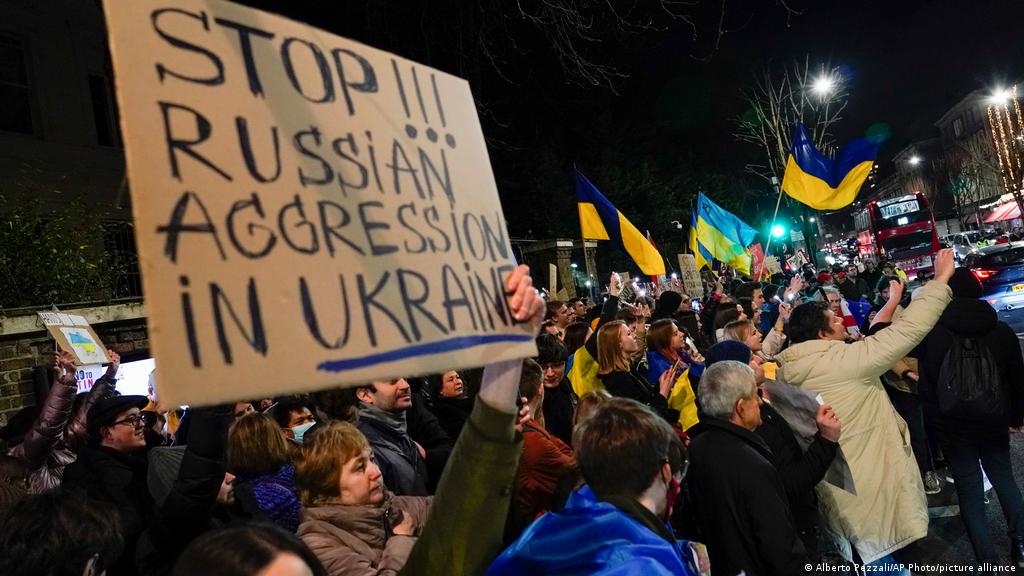 This is not to say that this could not change. Analysts warn that these measures could backfire. The positive picture painted by the Rouble’s robust bounce-back is less rosy when one considers that inflation is rising steadily, Russian banks are under heavy strain, and financial conditions have, no doubt, become dramatically worse because of sanctions.

What was expected to be a quick win has resulted in defeat and humiliation. But he has given no signal that he is disheartened. On the contrary, he has doubled down on both his rhetoric and on the force he is willing to deploy to tame his unruly Ukrainian nemesis.

One thing one cannot discount, however, is Putin’s skill as a strategist: skills he learned on the front lines of the cold war as a KGB operative stationed in Berlin. He learned from this experience that reversals happen and that it is imperative to stay the course, while, simultaneously, ensuring contingency plans are in place should things not go as expected.

He has proven this with the military invasion. What was expected to be a quick win has resulted in defeat and humiliation. But he has given no signal that he is disheartened. On the contrary, he has doubled down on both his rhetoric and on the force he is willing to deploy to tame his unruly Ukrainian nemesis.

Where others might, by now, have been searching for viable exit strategies, Putin’s territorial ambitions continue unabated. He is adapting and probing his enemy’s weaknesses. As a recognized Judo master, he knows that the time will come when his opponent’s guard is down and he can strike with a knockout blow. All this may be giving him too much credit, but knowing what we know of President Putin, it is unlikely that he will not have several contingency plans in place.

As the people of Ukraine continue to suffer under the pressure of Putin’s hubristic territorial ambitions, perhaps the allies need to find a better alternative to sanctions.

Vladimir Putin must hope that the European and other buyers of Russian gas do not find viable alternative suppliers and, instead, remain dependent on Russia for their energy needs. There are other suppliers, of course, but it will take a while before they are able to meet the demands of buyers across Europe, Asia, and North America. For now, in perhaps his most astute move, Vladimir Putin has insisted that buyers of Russian gas must pay their bills not in Euros or dollars, as was previously the case, but in Roubles. This means that demand for the Rouble will grow dramatically and result in a natural rise in the value of the Russian currency.

It’s a clever move and could sustain the Russian economy for the duration of the war and even assuage the resulting longer-term penalties imposed by those arrayed against him.

As the people of Ukraine continue to suffer under the pressure of Putin’s hubristic territorial ambitions, perhaps the allies need to find a better alternative to sanctions. It could be a dangerously long time before the effects are felt: time that the besieged people of Ukraine do not have. There does not seem to be the likelihood of a swift end to this conflict and the allies’ half-hearted attempts to destroy the Russian economy are clearly not working.

My greatest fear now is that President Biden may have to come up with another new bon mot to keep his comedy-loving audiences laughing. I’ll start him off with one, although I suspect he won’t enjoy it much: “the Rouble is no longer in trouble’. Groan!