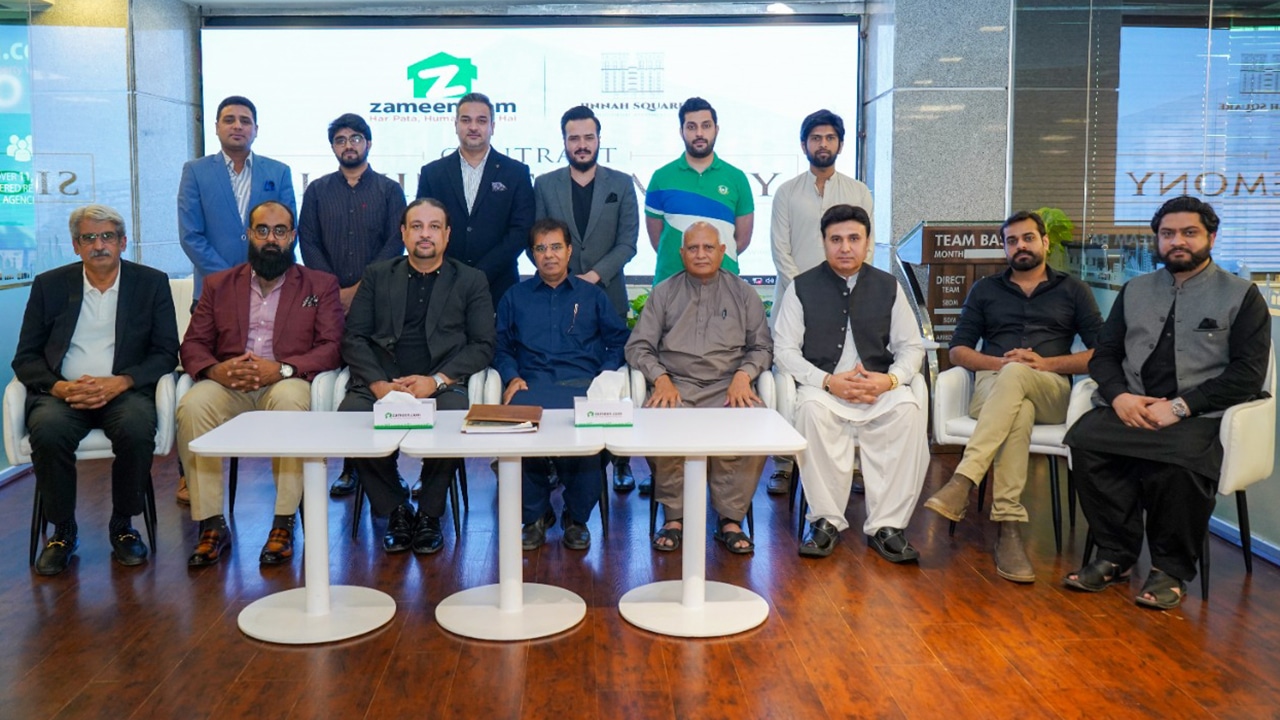 The project will involve the construction of two eleven-floored towers on Khayaban-e-Jinnah, Lahore. Both towers will have a single ground floor with commercial outlets, while the upper floors will feature studio, two-, and three-bedroom residential apartments.

The senior leadership of both companies participated in a brief contract signing ceremony.

Speaking on the occasion, Zameen.com’s Senior Director Sales Laeeque Ahmad Chaudhry said that being one of its kind, the project was important not only for Khayaban-e-Jinnah but also for the entire Lahore region.

He further added that considering the project’s location and its associated facilities, it was safe to say that the venture was one of the best in terms of investment opportunity. 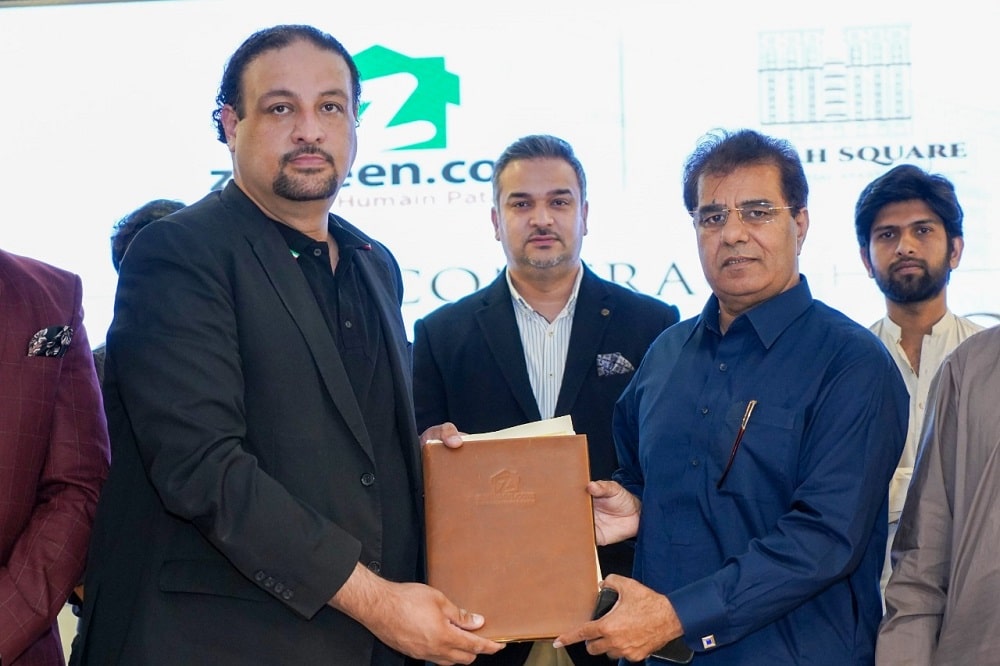 Jinnah Square Residential’s Managing Director Sahibzada Imran also took the opportunity to address the ceremony, saying that the project would be built as per international standards.

He added that both of the towers would feature a one-of-a-kind design and architecture, which would take Lahore’s infrastructure to a whole new level.