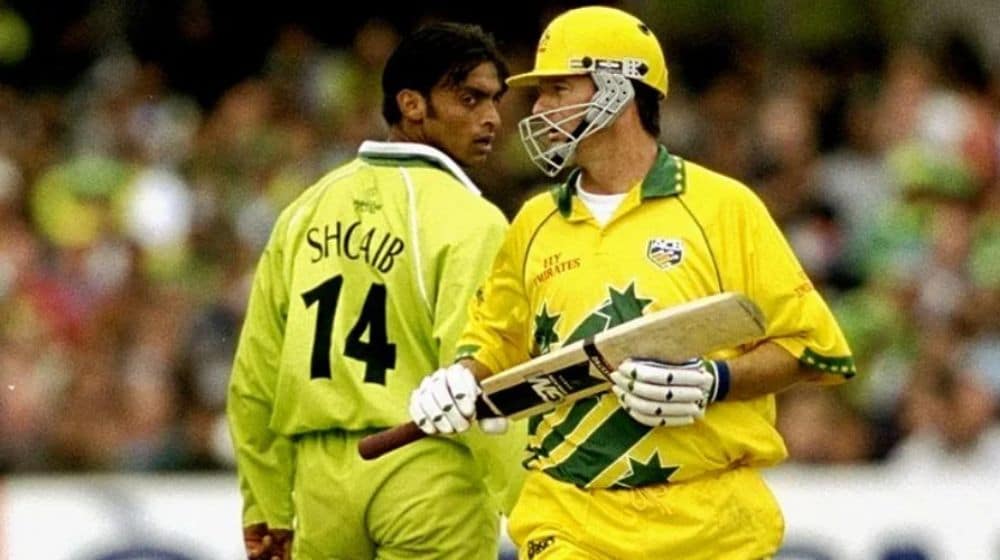 Former Pakistan pacer, Shoaib Akhtar was known for his aggression during his cricketing career and on several occasions, he lost his cool and exchanged harsh words with the umpires, opposition players and even his own teammates.

While speaking in an interview to Sportskeeda, the world fastest bowler said, “At least 30-40 times during my career, I wanted to punch the umpire in the ribs, or wanted to smash the batters on the head with a bat.”

The right-arm pacer recalled one such incident that happened during the 1999 World Cup group match against Australia. Akhtar said that he had kicked the Australian skipper’s leg purposely as his genuine appeal was turned down by the umpire even though he was plumb LBW.

“During the 1999 World Cup, he [Steve Waugh] was out plumb [but the umpires turned down the appeal]. I was so angry that I went and kicked his leg. He was running, and I dashed into him on purpose. I was very rude to him – he is a great player, but in the heat of the moment – I said ‘You should be ashamed. You are out plumb.’

The Rawalpindi Express who later clean bowled the Australian captain with the killer Yorker further revealed that he was angry and exchanged a few harsh words with the umpire.

“Then I looked at Steve Bucknor. I tore into him, saying ‘Have you been sleeping?’ I was so charged up that I felt like hitting someone. I felt like biting and eating him. See, I am so angry while recalling it. But I had to respect the officials and the players. I had to. I have fought with players and batters, but never misbehaved with umpires. You can check my entire career. I have never misbehaved with authorities.”

However, it is pertinent to mention here that  Akhtar could have mixed up the names of the umpires as it was a group stage clash where Rudi Koertzen and Peter Willey were on-field umpires.