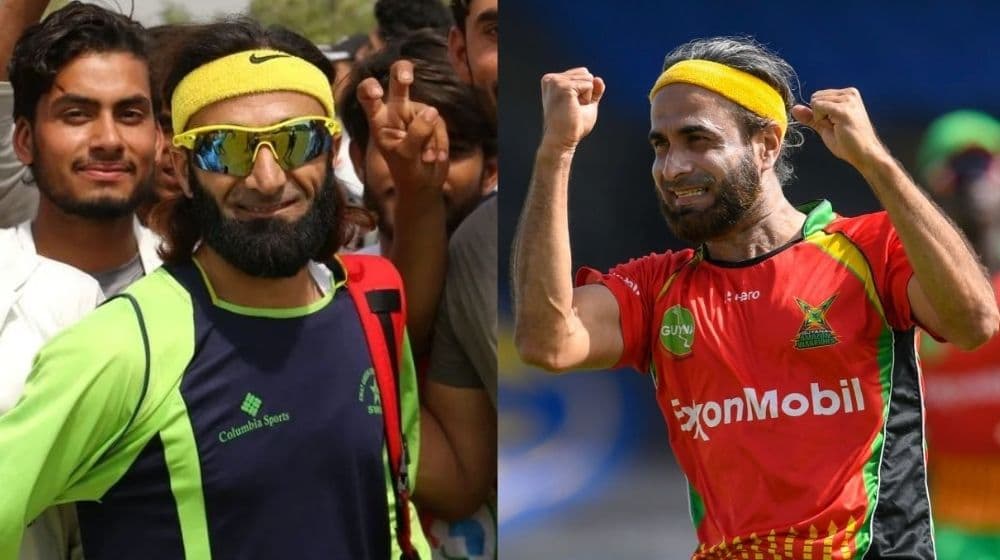 The ongoing Lahore Qalandars Player Development Program (PDP) trials have garnered a lot of attention as thousands of young aspiring cricketers rushed to Qalandars High-Performance Center to make a name for themselves. While there are a number of talented cricketers partaking in the trials, legendary South African spinner, Imran Tahir’s look-alike was also spotted at the event.

The man with a striking resemblance to Imran Tahir was pictured prior to the start of the trials as the official page of Lahore Qalandars uploaded images on various social media platforms.

The images went viral on social media as the fans were baffled at the striking resemblance between the two. The post garnered over 4,000 likes and 32 comments on the popular social media platform, Instagram.

Bilal Tariq, who is a die-hard fan of Imran Tahir, first went viral on social media during the recently concluded seventh edition of the Pakistan Super League (PSL).

During PSL 7, Bilal had stated that his greatest wish is to meet Imran Tahir and he has been striving to meet his favorite cricketer for the past 13 years. He stated that he too is a leg-spinner and celebrates like Imran whenever he takes a wicket.