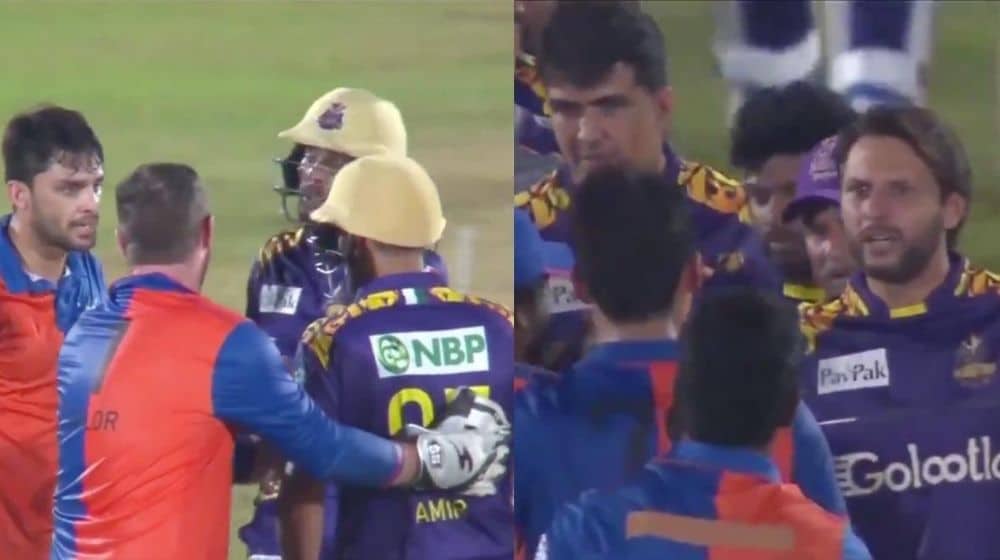 Afghanistan pacer, Naveen-ul-Haq, has revealed that legendary Pakistan all-rounder, Shahid Afridi, told him to be humble during the aftermath of a heated incident involving Mohammad Amir in the Lanka Premier League (LPL).

Naveen revealed the details of the incident during an interview with YouTuber Nadir Ali.  Naveen is currently in Pakistan working on regaining his fitness in Shaheen Afridi’s gym in Peshawar.

Naveen stated, “Shahid bhai is my senior. He told me to be humble on the ground as such incidents send a bad impression on TV.”

The heated incident between Naveen and Mohammad Amir took place during the match between Kandy Tuskers and Galle Gladiators in the previous edition of the LPL. The two pacers had an ugly interaction following which the umpires had to intervene.

After the conclusion of the match, Afridi was visibly distraught at the young Afghanistan pacer and angrily told him to calm down. The video of the incident went viral on social media as the netizens instructed Naveen to respect his fellow senior cricketers.

Check out the video of the incident:

Naveen Ul Haq, at the age of 21, just had a heated exchange with him 👀 #LPL2020 #WinTogether #HoldTheFort pic.twitter.com/8wLM81e5dk