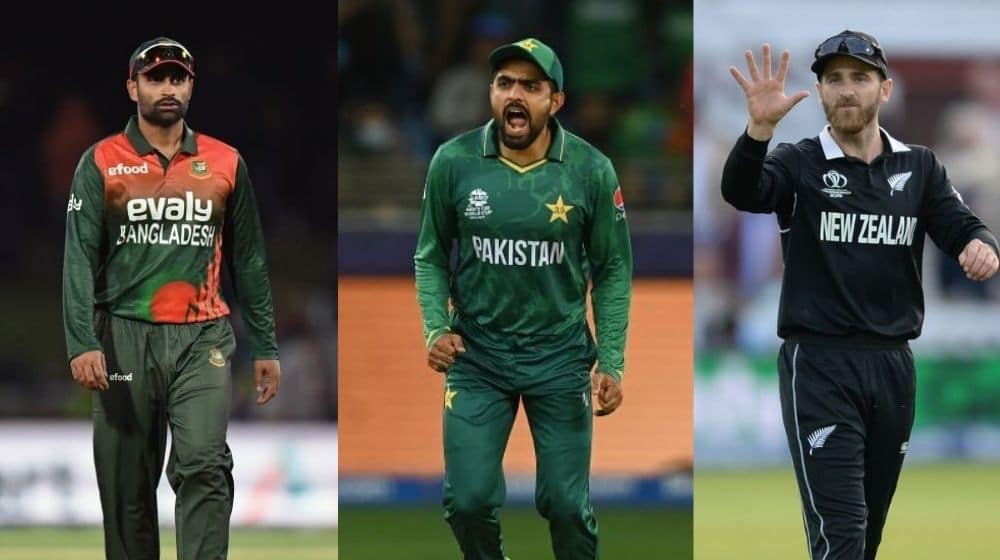 According to reports, Pakistan, Bangladesh, and New Zealand are expected to play a T20I series as part of their preparations for the 2022 T20 World Cup in Australia.

The tri-series is expected to take place in New Zealand prior to the start of the mega event. According to sources privy to the Bangladesh Cricket Board (BCB), the three teams are currently in negotiations with the final decision expected to be taken soon.

Pakistan are already scheduled to play 7 T20Is against England at home in September of this year. The 2022 World Cup is scheduled to commence on 16 October in Australia, which leaves a short window for the tri-series to be conducted in New Zealand.

Elsewhere, Bangladesh are scheduled to host Ireland for 1 Test, 3 ODIs, and 3 T20Is in September while New Zealand have no international commitments during the period.

The Men in Green will be hoping to include the tri-series in their schedule as they look to prepare for the mega event down under. Pakistan will be determined to avenge their semi-final loss to Australia in the previous edition as they look to win their first T20 World Cup title since their triumph in 2009.