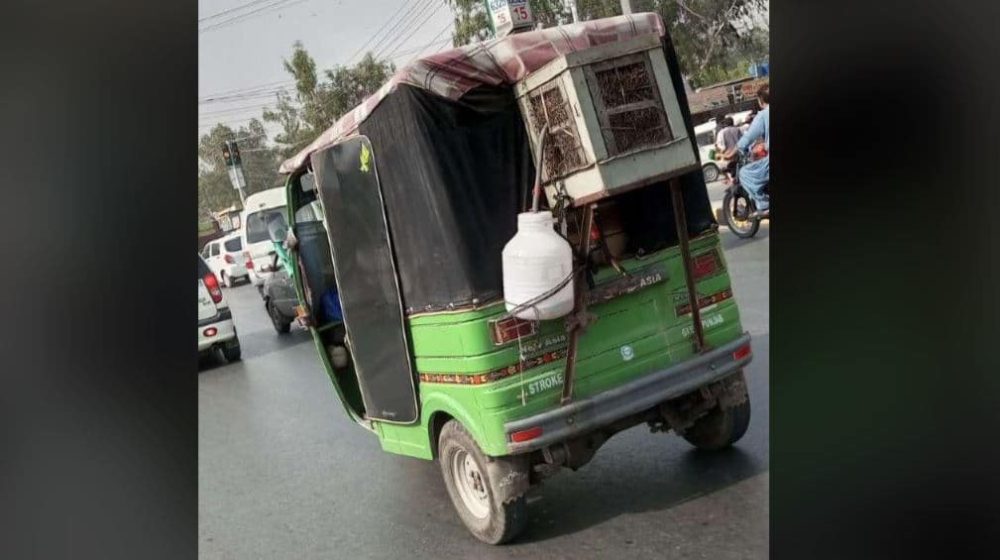 The ongoing heatwave has become a grave concern these days. However, a rickshaw driver from Punjab has concocted an ingenious solution to beat the intense heat.

A viral image on social media shows a rickshaw with a small air cooler mounted in the back. The rickshaw driver has used iron bars to create a shelf for the cooler, which faces the front and throws cold air through an inlet channel in the back.

The driver has also created a cold water circulation mechanism for the air cooler by tying a large can of water next to it. He has assumably done so to keep extra water for the cooler, as its own water pan cannot hold an entire day’s worth of water.

It is also possible that the cooler only works while the rickshaw is idling or driving, as neither its tiny battery nor its engine alone can support the cooler’s load.

The blazing heat has prompted this inventive rickshaw to formulate an unconventional but effective solution, which is also a testament to the resourcefulness of Pakistanis.